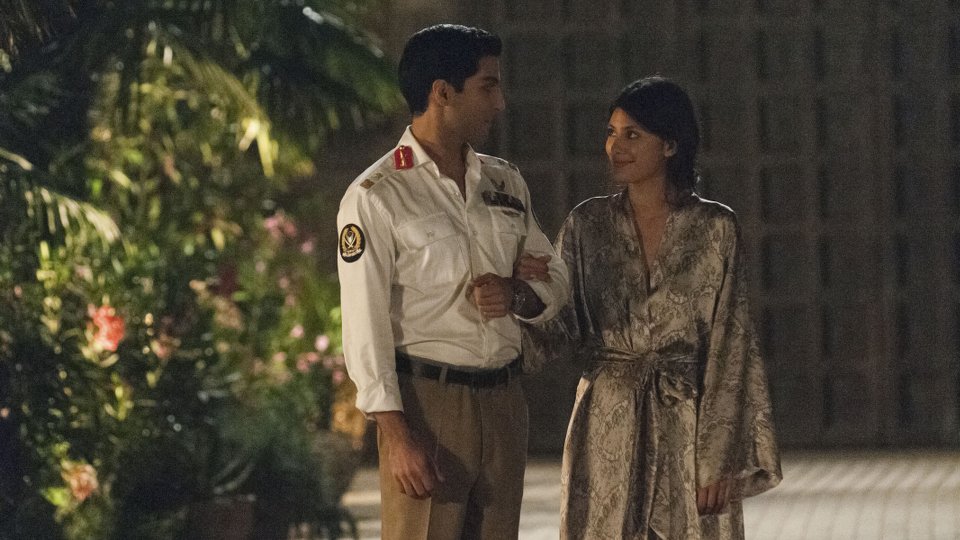 Barry (Adam Rayner) was recognised in the latest episode of Tyrant putting his cover under threat.

While trying to rescue Daliyah (Melia Kreiling), Barry was recognised by Samira (Mor Polanuer) who held them captive. After trying to talk his way out of captivity, Barry was forced to kill Samira to save his life and the life of Daliyah.

Elsewhere in the episode Rami (Keon Alexander) was pressured by Jamal (Ashraf Barhom) for a military victory against the Caliphate, Sammy (Noah Silver) attempted to buy Abdul’s (Mehdi Dehbi) release only to find out he was dead, and Nusrat (Sibylla Deen) lost her baby.

The next episode of the season is Fathers and Sons. Suffering heavy losses, Barry wrestles with the notion that he needs the palace’s support to survive. As paranoia builds within Jamal, he questions Rami’s loyalty.

Tune in to FOX HD at 10pm on Wednesday to see the episode. Preview it with our gallery below: