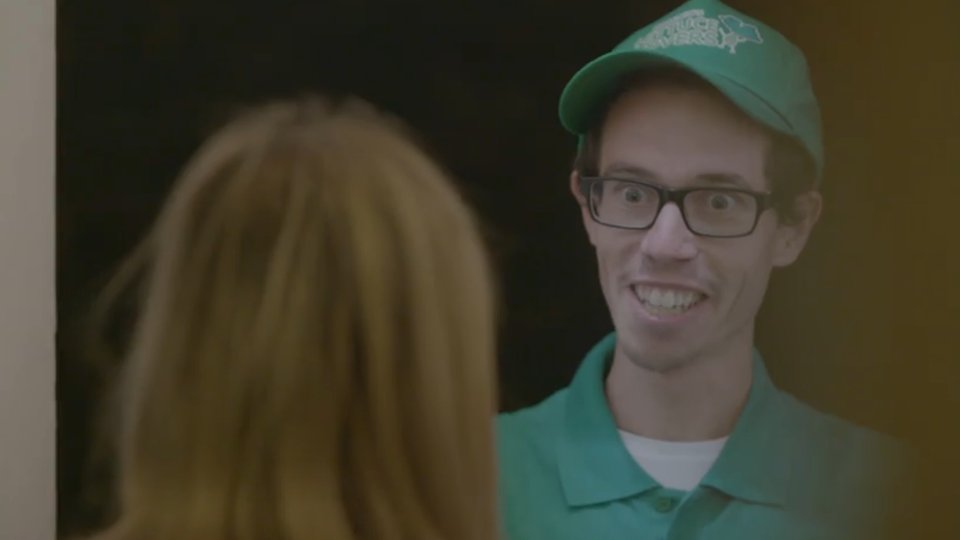 Imagine how disappointed you’d be if you ordered a Domino’s pizza and something less tasty turned up on your doorstep.

That’s what happens to several unsuspecting people in a new Domino’s advert. After placing their delicious pizza order, people are surprised when they open their door and find a food delivery guy trying to give them a variety of foods from lettuce to quiche.

At first the delivery guy tries his charm to convince them that they did indeed order the food he’s delivering but his plan is foiled when the Domino’s pizza delivery man arrives with their real order. The ad ends with the hashtag #OnlyDominosWillDo flashing up on the screen and sometimes it’s true isn’t it – there’s nothing you want more in the world than a Domino’s pizza?!

Domino’s has been operating successful for more than 30 years and its pizzas are unrivalled when it comes to choice, taste and flavour!

You can watch the full hilarious advert below: