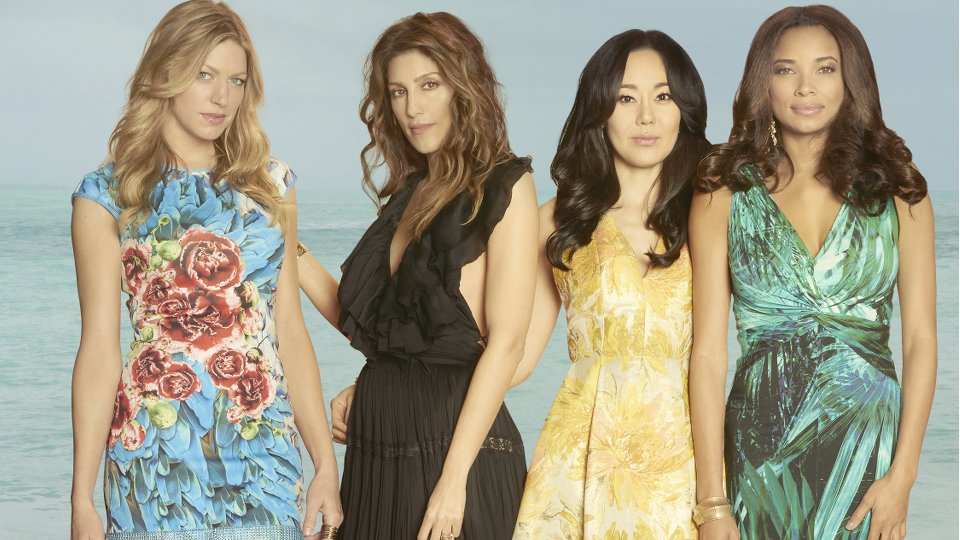 Mistresses left us with the mother of all cliffhangers when it finished its third season recently but thankfully it will be back next year to reveal what happened next.

If you haven’t seen the third season of Mistresses and want to avoid spoilers then we suggest you stop reading now. If you have seen it and would like to hear our thoughts then keep reading.

The final moments of the third season saw Joss (Jes Macallan) discover that Wilson (Jarod Joseph) was the person who really murdered Calista’s (Jennifer Esposito) cheating husband Luca (Noam Jenkins). Joss found Wilson dressed as Calista in her former friend’s house and he was wielding a gun at her as the credits rolled.

Elsewhere in the season finale Calista looked set to commit suicide in prison after confessing to Luca’s murder to save Joss, Harry (Brett Tucker) was stood up by Joss as his plane was about to leave to film his new TV show, Karen (Yunjin Kim) suffered the loss of Vivian (Sonja Bennett), and April (Rochelle Aytes) finally opened her eyes and realised she had feelings for Marc (Rob Mayes).

With all that action there are many ways the show could continue in its fourth season so I’ve pulled together a list of the things I would like to see when the show returns.

Keep reading to find out my thoughts on season 4…

1. Joss to survive. I’m pretty sure this is a dead cert as there’s no way the show would lose another of its leading ladies after Savi (Alyssa Milano) disappeared at the start of the season.

2. Calista to return. There are rumours that we may not see Calista at all, which leads me to think maybe she did go through with killing herself. Despite what an awful person she turned out to be, I’d like to see Calista back and trying to redeem herself. After all she did have a genuine friendship with Joss in the first half of the season.

3. Karen to reconnect with Alec (Ed Quinn). The throuple was one of the best parts of season 3 but with Vivian now dead can Karen and Alec unite to bring up their baby? I’ve got a feeling the baby will be a girl and Karen will call it Vivian but I’d like to see Alec involved in his baby’s life too.

4. April and Marc to find happiness. I know this is a drama so there will be ups and downs but by the end of the season I’d like this couple to still be together. Marc is the first man that April has had feelings for that is actually genuine. Yes he did hide his drinking relapse but he sorted himself out fairly quickly.

5. Harry and Joss to continue working on their relationship. The odds have been stacked against them from the very beginning but I hope that they can overcome their latest setback. To be fair Joss had a good reason for being late to meet Harry but will he be able to get past the fact that she prioritised Calista over him?

6. April and Lucy (Corinne Massiah) to work on their relationship. This mother-daughter relationship descended into a bit of a nightmare in season 3 with the low point of April slapping her daughter. With Blair (Brian White) out of the picture, I hope that April and Lucy can reconnect and be a support system for each other once again.

7. More of the three ladies spending time together. A lot of season 3 saw Karen, Joss and April pulled apart and there wasn’t very much in the way of scenes of the trio. That’s something I really missed and I’d like to see a return to the exploration of their friendship, especially with Savi out of the picture seemingly permanently.

8. The introduction of a new leading lady. If Calista doesn’t return, I’d like to see another character introduced to turn the trio back into a foursome. Calista never really integrated with the group other than Joss and it’s safe to say if she did return she probably wouldn’t be welcomed with open arms.

9. A gripping new mystery. The central mystery of season 3 really revitalised the show and it kept us hooked all season. I’m not suggesting there should be another murder but a storyline that pulls all three leading ladies together for a common purpose would be very welcome.

10. This is a long shot but I would like to see Savi come back, even if it’s just for an episode. Her storyline doesn’t feel like it has been neatly tied up yet and since she disappeared she’s not shown any concern for Joss at all, even when she was in prison. I know Alyssa Milano left the show due to the shooting location but she should come back to tie up Savi’s story.

Mistresses will return to ABC in the US next summer. A UK transmission has yet to be confirmed.