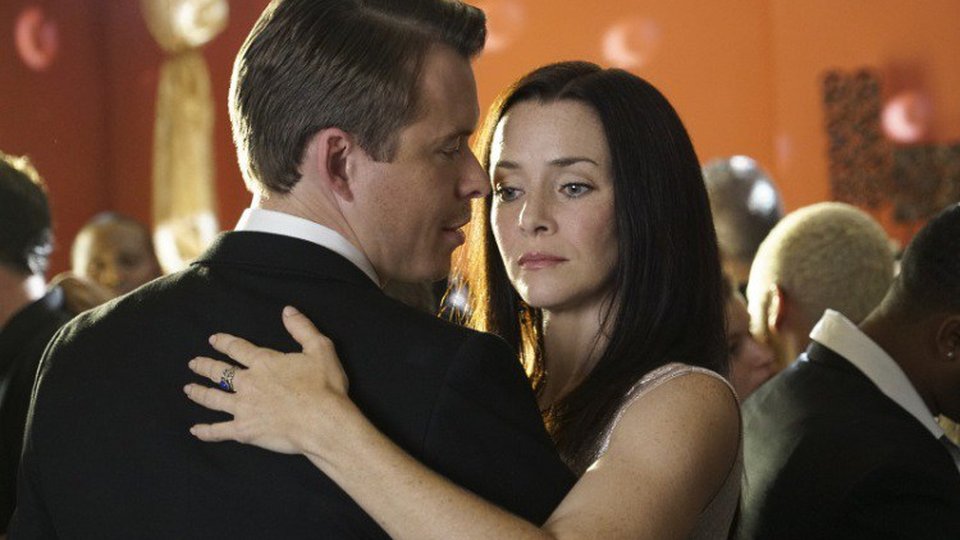 After she brought Julian (Todd Lasance) back to life, Lily was invited over to see her sons but had no idea what they had in store for her. Chaining her to a chair, Stefan revealed the truth about Julian telling Lily that he got rid of Valerie’s (Elizabeth Blackmore) baby after she fell pregnant with Stefan’s child.

Elsewhere Bonnie (Kat Graham) and Enzo (Michael Malarkey) teamed up to find a sword that Julian was looking for. Enzo attacked Julian with it unaware that Lily had bound herself to him so any injuries inflicted on Julian would be inflicted on her too. It was also revealed that Caroline (Candice King) was carrying Alaric’s (Matt Davis) babies.

In the flashforward Damon and Alaric rushed to the TV station to save Caroline.

The next episode of the season is Hold Me, Thrill Me, Kiss Me, Kill Me. Stefan and Damon have a risky plan. Caroline is forced to face her new reality. Lily makes a difficult decision.

Tune in to ITV2 at 11.45pm to see the episode. Preview it with our gallery below: