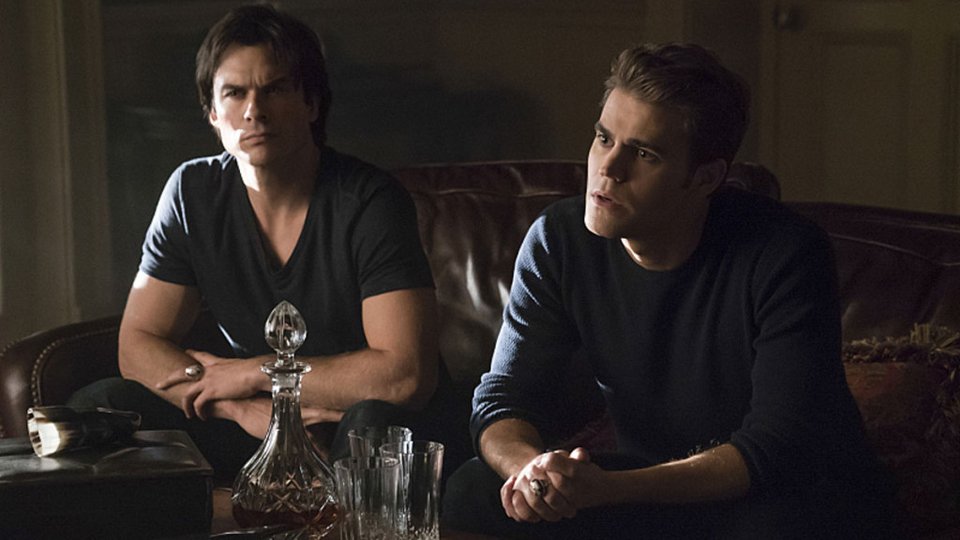 Lily (Annie Wersching) threw a party at the Salvatore manor to celebrate the return of Julian (Todd Lasance) on the latest episode of The Vampire Diaries.

Stefan (Paul Wesley) and Damon (Ian Somerhalder) both attended whilst Enzo (Michael Malarkey) arrived with Bonnie (Kat Graham) to try and make Lily jealous. It didn’t take long for Julian and the Salvatore brothers to get into an argument that quickly turned nasty.

Elsewhere in the episode Alaric (Matt Davis) had to say goodbye to Jo (Jodi Lyn O’Keefe) after the soul from the Phoenix stone proved incompatible with her body. A curveball arrived though when Valerie (Elizabeth Blackmore) revealed that the twins Jo was carrying were transferred into Caroline’s (Candice King) body.

In the flashforward Damon arrived at Alaric’s home to talk about the twins. It was revealed that Alaric and Carolien were engaged, and Caroline was seen on TV covered in blood and announcing a message for Stefan.

The next episode of the season is Mommie Dearest. Lily reveals a dark secret which leaves Stefan and Damon questioning everything they have ever known about their family.