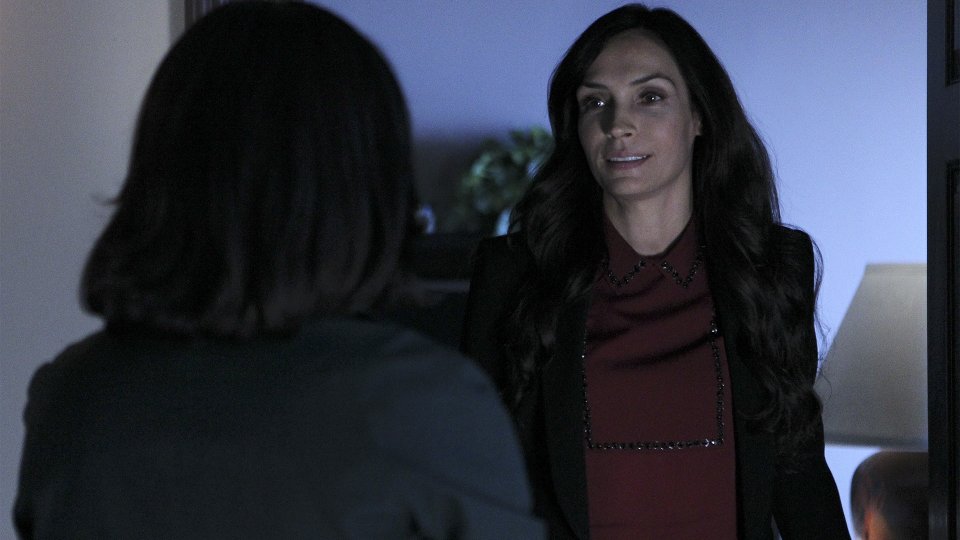 Annalise (Viola Davis) took on the case of a transgender professor accused of killing her husband on the latest episode of How to Get Away With Murder.

As Annalise concentrated on the case, and trying to get to the bottom of what actually happened, the Keating 5 discovered a new suspect in the Hapstall case. Meanwhile Annalise and Wes (Alfred Enoch) had a confrontation about Rebecca (Katie Findlay) and Frank got rid of Rebecca’s body in the woods.

Elsewhere Laurel (Karla Souza) was introduced to Frank’s family and Nate’s (Billy Brown) wife died. Asher’s (Matt McGorry) father was investigated after Annalise turned evidence against him over to the D.A.

In the flashforward Annalise arrived at hospital with Frank waiting in the wings for her. After seemingly being very upset by Annalise’s condition, Frank was seen leaving the hospital and looking pretty shifty. As he climbed into his car we saw Catherine (Amy Okuda) passed out in the backseat. Frank then dumped her in the woods and she was discovered by police the next morning.

The next episode of the season is I Want You to Die. Eve (Famke Janssen) returns to represent Nate, and Annalise defends a man who is accused of leading his wife’s ex-husband to suicide.