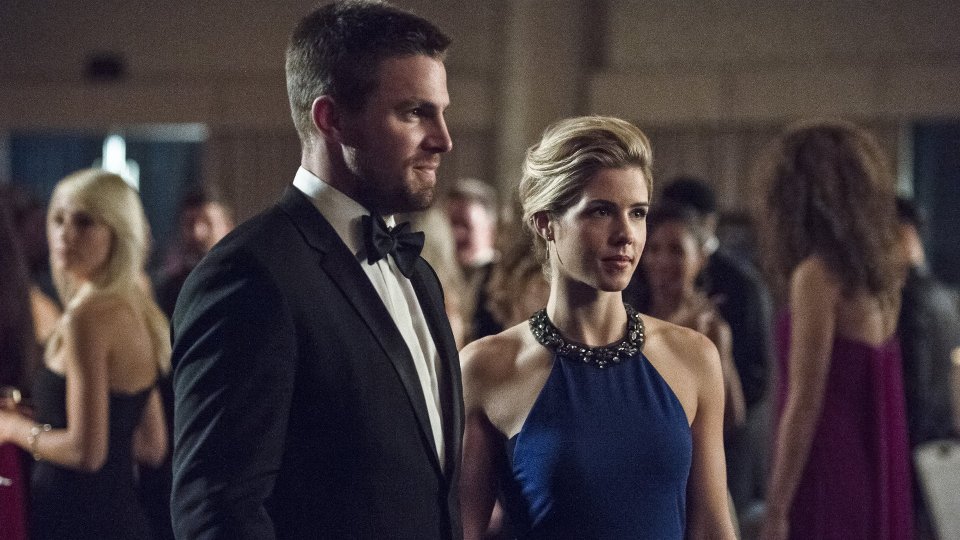 Felicity (Emily Bett Rickards) enlisted the help of Curtis (Echo Kellum) as she tried to find Ray (Brandon Routh) and bring him back to his normal size on the latest episode of Arrow.

As she frantically tried to find Ray, Felicity managed to push Oliver (Stephen Amell) away in the process feeling guilty that she hadn’t realised Ray was alive sooner. To make matters worse Oliver invited Felicity’s mother to Star City to stay with them.

It turned out that Ray was being held by Damien Darhk (Neal McDonough) who was trying to get him to hand over his technology. Felicity eventually let Team Arrow help her an she managed to save Ray thanks to a device created by Curtis.

Elsewhere in the episode Sara (Caity Lotz) struggled with her bloodlust and decided to leave Star City.

The next episode of the season is Brotherhood. A shocking revelation makes team Green Arrow’s battle against villain Damien Darhk all the more complicated. Meanwhile, Thea’s blood lust returns.