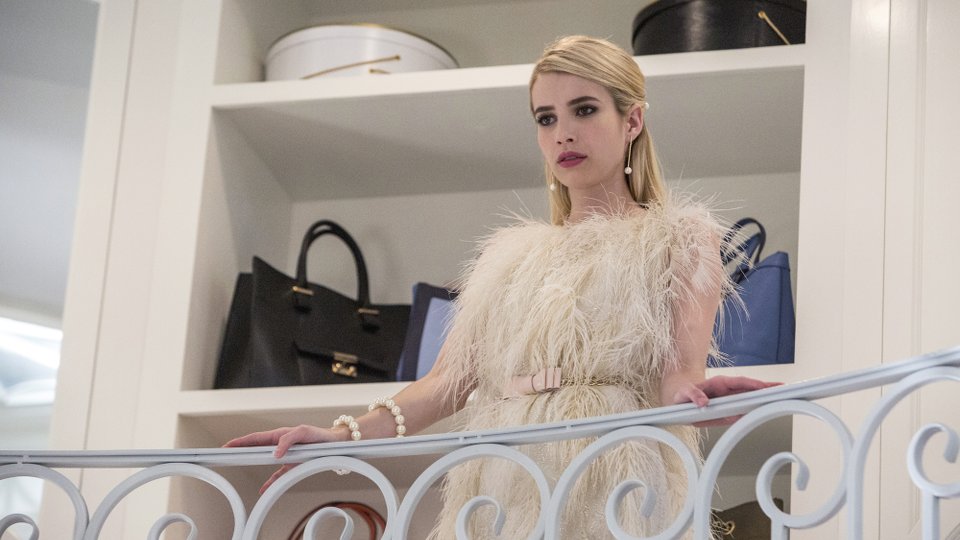 Scream Queens gave us its first clue about who may be behind the Red Devil murders on its latest episode.

After seemingly being brutally murdered by the Red Devil, Boone (Nick Jonas) was revealed to be alive and well, and in league with the killer. How deeply involved is Boone? Well you’ll have to keep watching to find out won’t you?

Elsewhere in the episode Grace (Skyler Seymour) and Pete (Diego Boneta) formed a relationship and decided to investigate the murders, and the history of Kappa Kappa Tau together. Grace found a secret room in the Kappa house where the sisters hide their secrets and learned of a pledge who bled to death after having a baby in the house bathtub. Dean Munsch (Jamie Lee Curtis) helped the sisters cover up the incident so there was no scandal.

The next episode of the season is Chainsaw. Chanel (Emma Roberts) finds a new project, Grace and Zayday (Keke Palmer) uncover a surprising connection between two students, and Denise sets her sights on one of the Kappas.

Advertisement. Scroll to continue reading.
In this article:Scream Queens