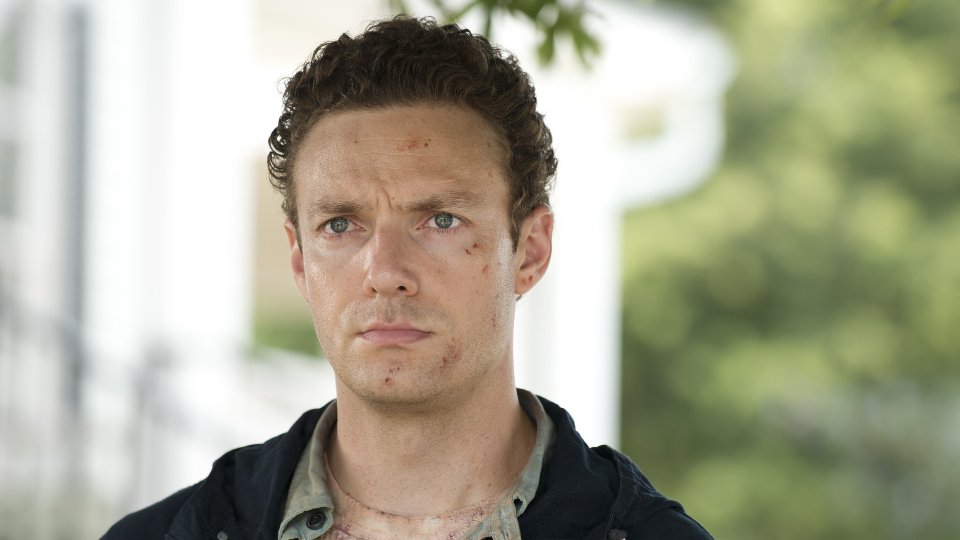 Morgan (Lennie James) was the focus of the latest episode of The Walking Dead as we learned what he got up to before finding the signs for Terminus.

After accidentally burning his apartment down whilst in a frenzy, Morgan started to travel and killed anything that came across his path. He eventually came upon a house with a sole inhabitant, Eastman (John Carroll Lynch), who knocked him unconscious and imprisoned him.

As the days passed Eastman tried to train Morgan out of his aggression and it seemed as though he had managed until he forced Morgan to practice aikido in a graveyard where Walkers have been buried. When a walker attacks, and it’s a man that Morgan killed, Morgan freaked out resulting in Eastman saving his life but getting bitten in the process.

Morgan tried to progress on his journey but wound up back at Eastman’s to kill him so he didn’t turn. At the end of the episode it was revealed that Morgan was recounting his story to one of the Wolves in the hope of rehabilitating him but he was warned by the foe that everyone would be killed.

The next episode of the season is Now. The mood in Alexandria is quite grim after a number of setbacks. This might prove too much for the sheltered citizens inside the gates.