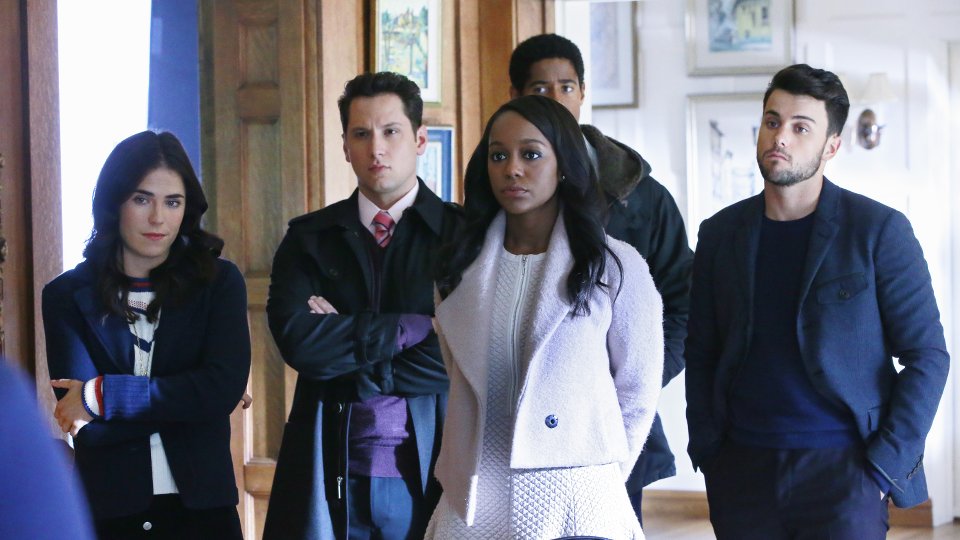 Annalise (Viola Davis) found that the Hapstall case wasn’t as straightforward as she thought on the latest episode of How to Get Away With Murder.

In the flashforward it was revealed that DA Emily Sinclair (Sarah Burns) was dead with her lifeless body at the bottom of the stairs to the Hapstall house. Annalise remained inside the house bleeding out.

The next episode of the season is It’s Called the Octopus. The team investigates a very high-end sex club after Annalise takes on a new client. Wes teams up with an unexpected ally.