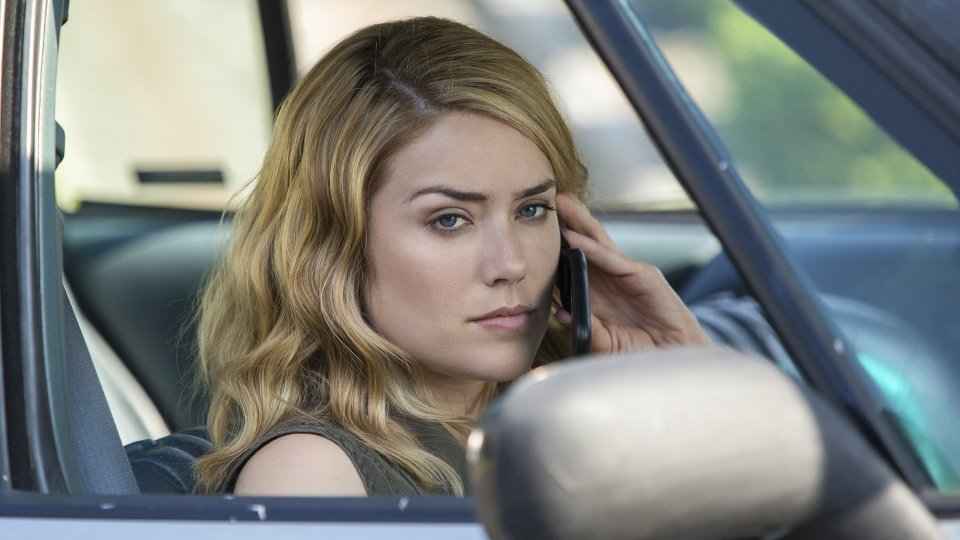 Liz (Megan Boone) was almost backed into a corner during the latest episode of The Blacklist.

After turning herself in to the Russian Embassy, Liz unknowingly fell into the hands of the Cabal. Red (James Spader) stepped in and convinced Ressler (Diego Klattenhoff) to help her. Liz managed to flee and she reunited with Red at a diner where Red took everyone hostage when Ressler turned up with his team. Red demanded the release of Blacklister Marvin Gerard (Fisher Stevens) who could help him expose the Cabal.

Red and Liz managed to escape with Marvin and set off on their next part of their plan. Elsewhere Dembe (Hisham Tawfiq) was being tortured by Solomon (Edi Gathegi) on Red’s whereabouts, Tom (Ryan Eggold) offered to help Ressler, and Cooper (Harold Lennix) was forced to resign to avoid criminal charges.

The next episode of the season is Eli Matchett. With the FBI hot on their heels, fugitives Liz and Red detour towards the Midwest. Meanwhile, Cooper reaches out to a surprising ally.