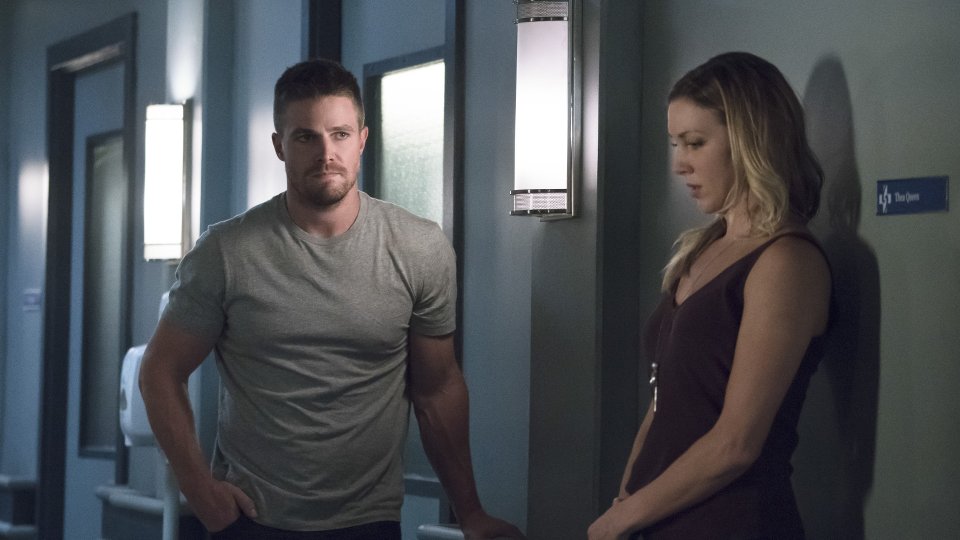 Laurel (Katie Cassidy) discovered that bringing Sara (Caity Lotz) back from the dead wasn’t something everyone was going to approve of on the latest episode of Arrow.

In a bid to keep her promise to her her father (Paul Blackthorne), Laurel let him on the secret that Sara was back from the dead. Captain Lance reacted badly to the news and told Laurel the feral woman he saw before him wasn’t his daughter. He appealed to Damien (Neal McDonough) for help and was told he had to kill her. Laurel caught Lance with his gun pointed at his daughter and talked him out of it but later when she went to visit Sara, her sister was gone.

Elsewhere in the episode Oliver (Stephen Amell) announced his intention to run for Mayor, Team Arrow had to stop members of the Anti-Vigilante Task Force who killed two police officers, and Oliver found out that Lance had been meeting with Damien.

The next episode of the season is Haunted. When things start to go downhill with Sara, Oliver reaches out to his old friend – dark arts dabbler John Constantine (Matt Ryan).