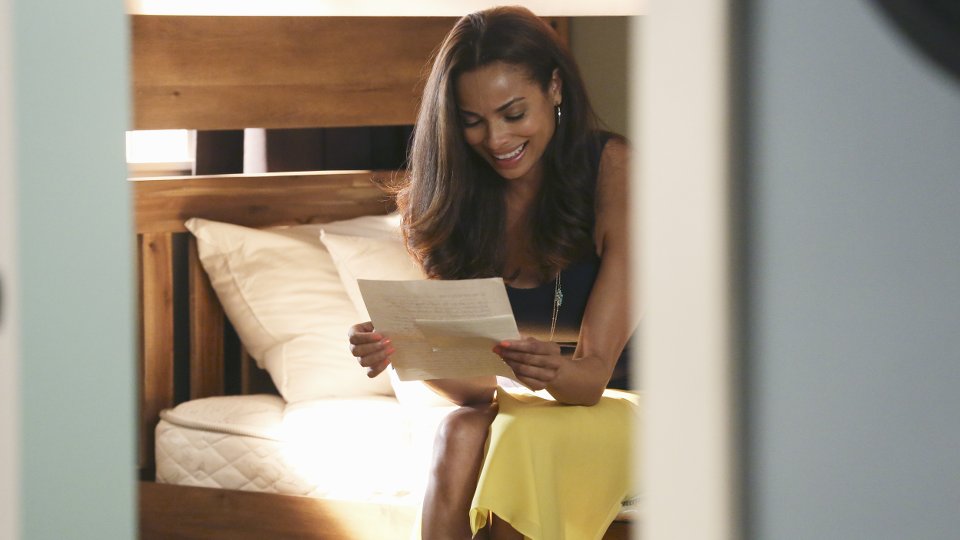 Mistresses comes to the end of its third season on Wednesday night and it promises to be an explosive finale.

The mystery of Luca’s (Noam Jenkins) death takes centrestage following Calista’s (Jennifer Esposito) shocking confession at the end of this week’s episode. After coming face-to-face with Joss (Jes Macallan) in prison, Calista realised that she had to help her former friend get out of prison.

Elsewhere in the episode Marc (Rob Mayes) was devastated when Miranda (Kate Beahan) showed up unannounced with some big news. Karen (Yunjin Kim) found out just how sick Vivian (Sonja Bennett) was and promised to keep it secret from Alec (Ed Quinn) but we’re sure she’ll regret that decision after Vivian collapsed at the end of the episode.

The season finale is Goodbye Girl. In the finale, Joss is granted her freedom, but she may lose Harry. Meanwhile, Marc’s absence causes April to come to a realisation, and Vivian’s condition worsens.