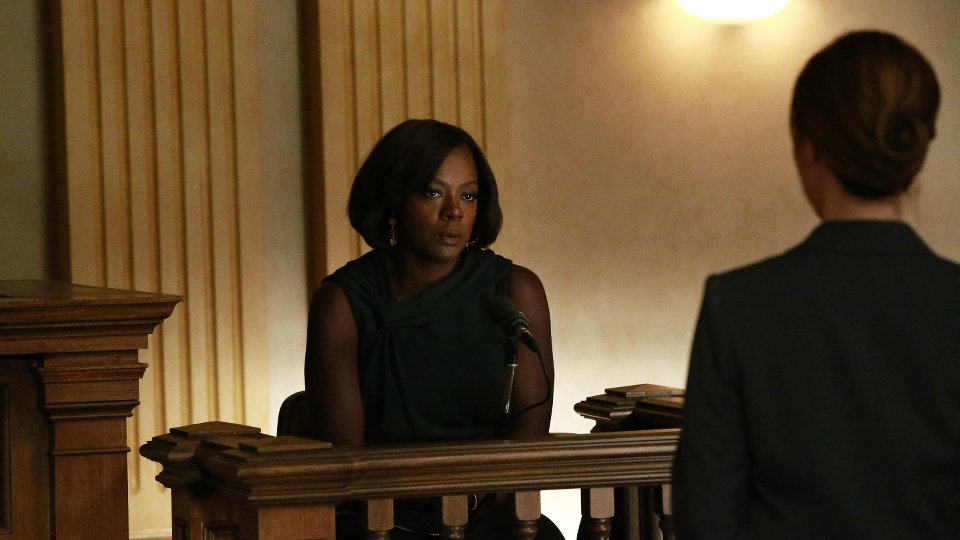 Who killed Rebecca (Katie Findlay) was the big question when How To Get Away With Murder returned last night, and the show wasted no time in telling us.

After some careful sleuthing Annalise (Viola Davis) discovered that it was Bonnie (Liza Weil) who had killed Rebecca. Bonnie admitted that she committed the murder to try and protect Annalise but it further fractured the relationship between the two. Annalise agreed to keep quiet about it and keep telling the Keating Five that Rebecca had run away.

Elsewhere in the episode Annalise took on the case of two adopted siblings accused of murdering their parents, Wes (Alfred Enoch) acted out in class much to Annalise’s annoyance, and Annalise’ old friend Eve Harlow (Famke Janssen), who was revealed as her ex-girlfriend, arrived in town to take on Nate’s (Billy Brown) case.

In the flash forward Annalise was seen lying on the floor in the mansion of her new clients after being shot.

The next episode of the season is She’s Dying. Annalise is put in a tough corner when her clients are pinned with a new charge. Nate’s preliminary hearing gets under way.