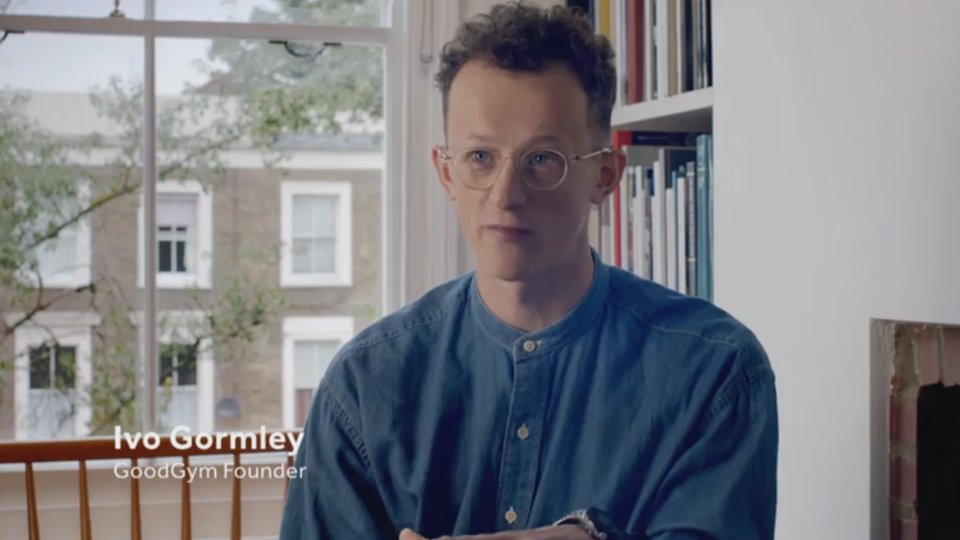 Universal Channel is putting the spotlight on people from around the UK who inspire others through their determination and character in 100% Character Uncovered.

The latest film features GoodGym founder Ivo Gormley. GoodGym is a running club with a difference where people meet up to exercise and to help their community. Thanks to Ivo’s hard work and determination, GoodGym aims to offer an exercise solution to people of all ages.

Ivo was concerned about the way conventional gyms isolate older people so his vision for GoodGym was to bring people together. He started running to deliver the newspaper to an older friend of a friend called Terry, who was housebound and lonely.

Realising it was a lot to take on, Ivo evolved the idea organising group runs where a group of people could do something useful together, like running to help a local community centre sort out its store cupboard or to remove an old poster for the council.

GoodGym now operates in 10 areas across the UK with 7 more due to start by January 2016.