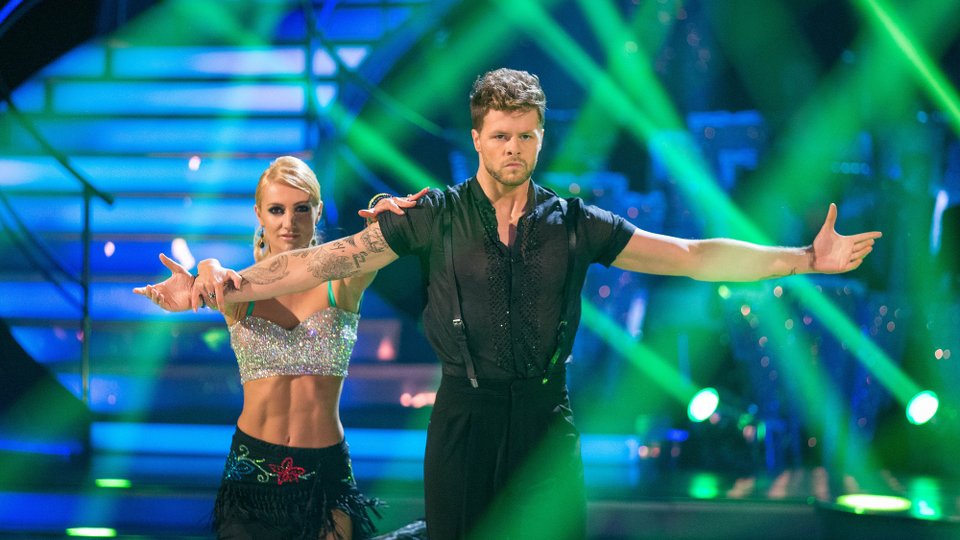 Strictly Come Dancing 2015 continued last night and the competition is more fierce than ever.

It really is proving hard to pick out a clear frontrunner this series. Over the weeks Peter Andre, Jay McGuiness, Katie Derham, Kellie Bright, Helen George and Anita Rani have all be in contention for the title. Georgia May Foote is nipping at their heels, and we think she should be scoring much better than she is!

After reviewing all of last night’s week 5 performances, we’ve selected our Top 5 for the night. Keep reading to find out who made the cut…

We like Helen but there’s something that isn’t clicking with us. The judges are fawning over her and honestly we don’t really see all the fuss. She’s a capable dancer but she doesn’t have the personality that some of the other celebs bring to their performances. Still her Quickstep with Aljaz was a joy to watch!

Anita and Gleb turned in another stunning performance last night. Anita is definitely the one to watch in the competition and she could be the surprising winner come the final. Her partnership with Gleb is electric and the fact he likes to flash the flesh doesn’t harm her chances either.

We LOVED this routine and it opened the show on a very high note. Georgia isn’t getting the scores we think she should be getting and the judges seem to be unusually harsh on her. Her partnership with Giovanni is one of our favourite on this year’s series.

The Wanted star Jay made a bit of a comeback last night with his mean and moody Paso Doble. The judges told him he needs to ignore Aliona more during the Paso to really convey the control and aggression. From where we were sat he pitched it perfectly.

Fast, furious and technically very clean, Kellie and Kevin’s Jive was a sight to behold. It wasn’t as good as Jay’s from week 3 but it was a seriously incredible routine and easily the night’s best.

Tune in to Strictly Come Dancing 2015 tonight at 7.15pm to find out which couple will be going home.