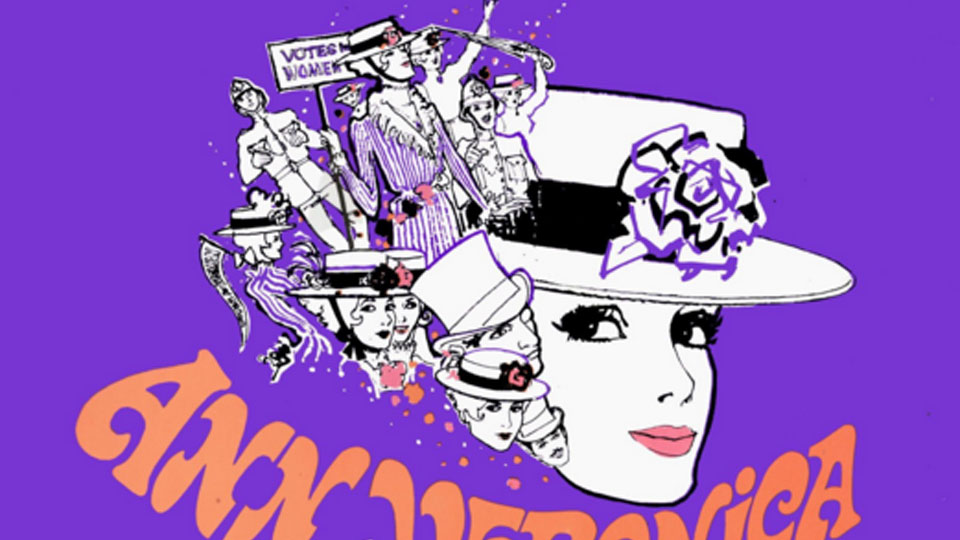 In 1969 new musical Ann Veronica hit the British stage, a year after the sitcom Dad’s Army burst onto TV screens with great acclaim and popularity from the off. Regrettably, the same winning formula of actor Arthur Lowe (Captain Mainwaring in the sitcom) and one half of its writing team (the late David Croft) didn’t help Ann Veronica to sustain a long London run. Judging by the original cast recording which has been given a welcome release by Stage Door, its obscurity is down to misfortune rather than a misfiring, as there’s so much to enjoy about Ann Veronica.

There’s a delightful mixture of tradition and ingenuity. The subject matter itself isn’t an obvious choice for musical theatre treatment – and the novel Ann Veronica is hardly one of HG Wells’ best-known stories. Eschewing the science-fiction genre in which his work had made him a household name, Wells’ Ann Veronica pursues other passions of his – liberal politics and women’s rights – though he does of course throw some science into the pot for good measure. The story sees a young woman at the turn of the Twentieth Century trying to pay her way through college as she studies the biological sciences, despite the disapprobation of her authoritarian father (and by extension, society at large). In an episodic story, young and naive Ann falls in with the suffragette movement, but has plenty of adventures and misfortunes, discovering London society and falling in love along the way.

The cast in this production is stellar, and they are terrific in their parts. Mary Millar takes on the title role. She is perhaps best remembered for her role as the sassy and sexual Rose in the 1990s sitcom Keeping Up Appearances, though she couldn’t be more different as the rather more innocent and wide-eyed Ann Veronica. Arthur Lowe, possibly the greatest comedy character actor Britain has ever produced, plays the slimy Mr Ramage, who lends Ann money but has inappropriate intentions in having her repay the debt. There’s a small role for Ian Lavender (Private Pike in Dad’s Army) as one of Ann’s would-be suitors, whilst the original cast featured soon-to-be comedy legend John Inman (Are You Being Served?) as a member of the company.

The music (by Cyril Ornadel) is excellent, full of woodwind instruments, and unmistakably British. The flavour is distilled from music hall, and the songs have a jolly, knees-up, feel-good quality to them. It’s the kind of (now somewhat archaic) sound that the Monty Python gang so lovingly parodied in their musical numbers. Whilst not every song is instantly alluring (A Whole Person, the opening number, doesn’t quite set the scene as powerfully as it perhaps should) other numbers are electrifying. The suffragette anthem They Can’t Keep Us Down is guaranteed to tingle many a spine – it’s up there with Les Miserables’ Do You Hear The People Sing? as a gutsy and rabble-rousing Act One climax. Other songs, such as I Don’t See What Else I Could Have Said, in which Ann’s father laments his daughter’s liberalism, are laugh-out-loud funny and contain some delightful rhyming couplets. The hilarious Too Much Meat sees Arthur Lowe sparring with Hy Hazell, with the argument focussing on vegetarianism versus meat-eating.

Overall, Ann Veronica is a great musical in the British tradition that is well worth discovering. Owing to its fast-paced episodic nature, it’s not always easy to know what’s going on with only the songs’ lyrics to guide you, but thankfully there are sleeve notes giving a plot summary, as well as offering information about the history’s production. Whilst David Croft’s work on Dad’s Army continues to be celebrated, his Ann Veronica remains only a curiosity, and deserves to finally reach a wider audience.