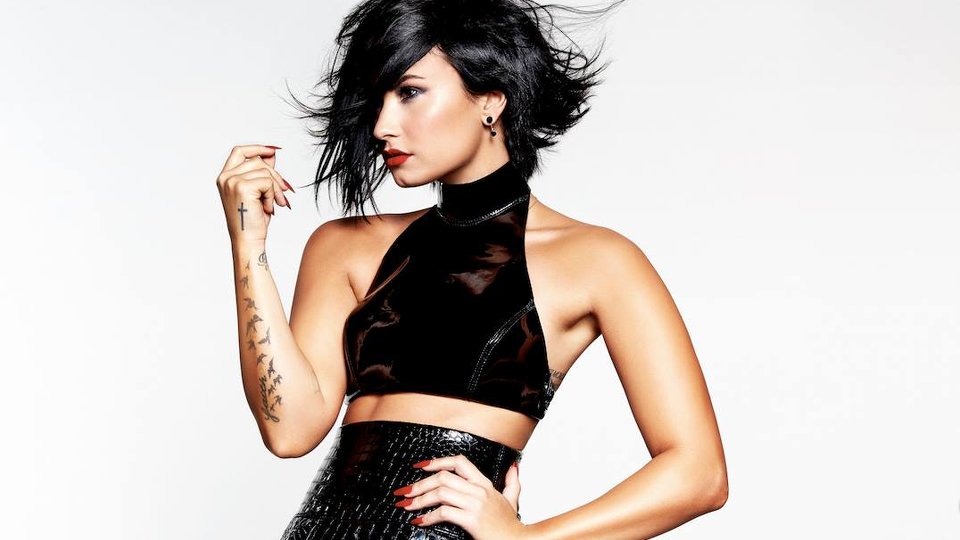 Demi Lovato has been evolving and maturing as an artist since the release of her 2011 album Unbroken. That album saw her release signature hit Skyscraper, which is the first time the world stood up and really noticed what an incredible vocalist she is. Her evolution continued in 2013 with her self-titled album Demi, which saw her moving more into the electro-pop world and away from the generic pop/rock that dominated her earlier albums. With new album Confident, Demi is really showing who she is as an artist and embracing her newfound confidence.

The album’s lead single Cool For The Summer made a bold statement. With its tingling piano intro, the track is the most mature sound we’ve heard from Demi as lyrically it tackles the subject of sexual experimentation. It’s without a doubt one of the strongest tracks on Confident and one of, if not THE, best single that Demi has released to date. The edgy mature sound of that track sets the tone for Confident, which is brimming with attitude and big hooks.

Confident opens with the title track where Demi takes control and pushes her agenda stating ‘it’s all about me tonight’. Over chunky beats Demi embraces her confidence and talent asking ‘what’s wrong with being confident?’ It sounds like a rally cry to her fans and it’s certainly empowering. There are many moments on the album that surprise you including the big ballad Stone Cold. Demi’s vocal on the track is one of her strongest and it musically takes her into new ground.

Other highlights on the album include the power pop of For You, the R&B influenced Old Ways (which brings to mind Katy Perry’s Dark Horse), and the powerful ballad Lionheart. Iggy Azalea puts in a guest appearance on the hip-hop leaning Kingdom Come and rising rapper Sirah appears on the dreamy Waitin’ For You.

The album closes on an emotive note with Father. It’s well-documented that Demi had a difficult relationship with her late father and she addresses her feelings towards him on the track. It’s not an easy listen and Demi’s vocal is so raw you can’t help but get goosepimples. She lays her heart and soul on the line and it’s one of the album’s finest moments.

Confident proves to be an apt name for Demi’s latest album. We’ve never heard her sound so liberated and passionate. She pushes herself both musically and vocally and it really pays off. With co-writes on many of the tracks, Confident is clearly a passion project and one that is deeply personal for Demi. We’re liking this new bold Demi and it’s exactly what the stale pop world needs right now. Hopefully Demi’s fans will embrace and be inspired by the positive messages running through this solid pop effort.

Advertisement. Scroll to continue reading.
In this article:Demi Lovato