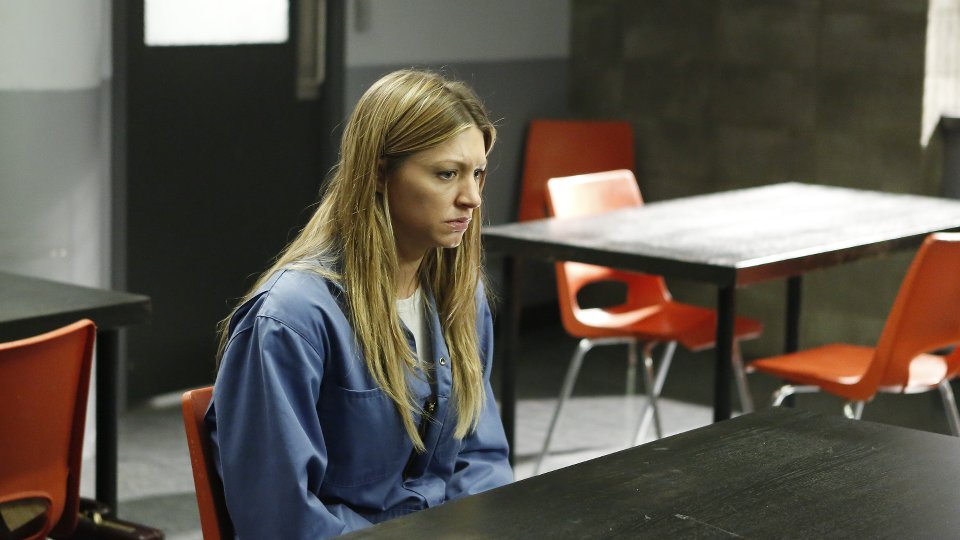 Joss (Jes Macallan) found her situation worsen in the latest episode of Mistresses.

After being put in the frame for the murder of Calista’s (Jennifer Esposito) husband, Joss tried to find evidence against her former friend to try and get off the hook. Karen (Yunjin Kim) stepped in to help but unfortunately she couldn’t prevent Joss from being arrested after Calista spun a web of lies with the police.

Elsewhere in the episode Marc (Rob Mayes) struggled to regain control after breaking his sobriety and turned to Harry (Brett Tucker) for help. Karen went to the doctors after starting to feel unwell and April (Rochelle Aytes) was underwhelmed by her first sexual encounter with Blair (Brian White).

The next episode of the season is What Could Have Been. Joss wonders what her life would have been like if she had chosen Scott over Harry. Meanwhile, Karen reveals that she is pregnant.