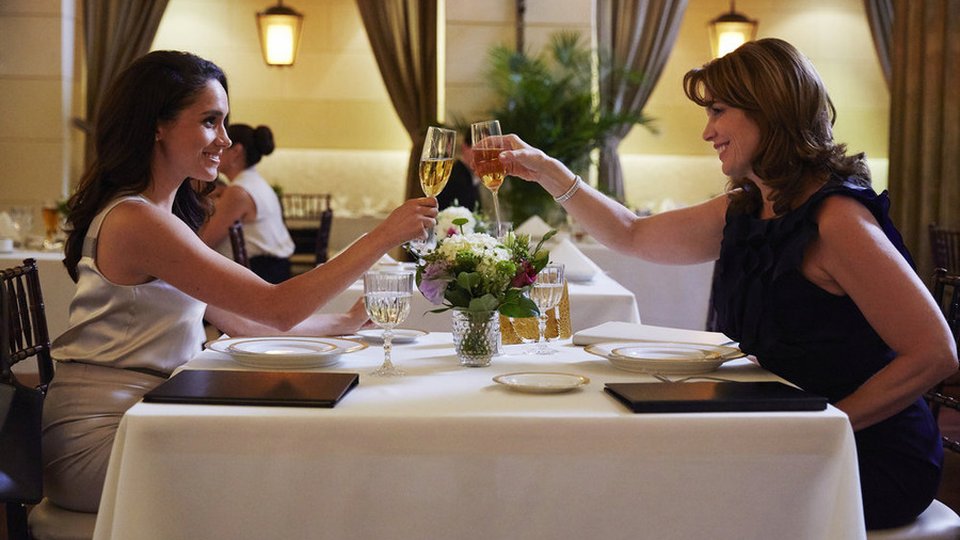 Mike’s (Patrick J. Adams) secret was almost outed when a face from his past came back on Suits.

Claire (Troian Bellisario) was on the opposite side of Mike’s first case as a junior partner and when he found out he asked Rachel (Meghan Markle) to take the case for him. She tried her best to handle it and keep Claire off the scent, but the truth eventually came out. Rachel begged Claire not to report Mike and she decided to keep quiet.

Elsewhere in the episode Harvey (Gabriel Macht) told Louis (Rick Hoffman) he had been going to therapy for panic attacks to try and repair their relationship following their fight. Louis screwed him over when he announced in a partners’ meeting that he wanted Harvey suspended for attacking him.

The next episode of the season is Uninvited Guests. Jack Soloff (John Pyper Ferguson) initiates Daniel Hardman’s (Daniel Costabile) power play to get back in the firm and take away Harvey’s clients. Louis tries to find the dirt Hardman has on Soloff. Rachel discovers that her mom’s big wedding plans could reveal Mike’s secret.