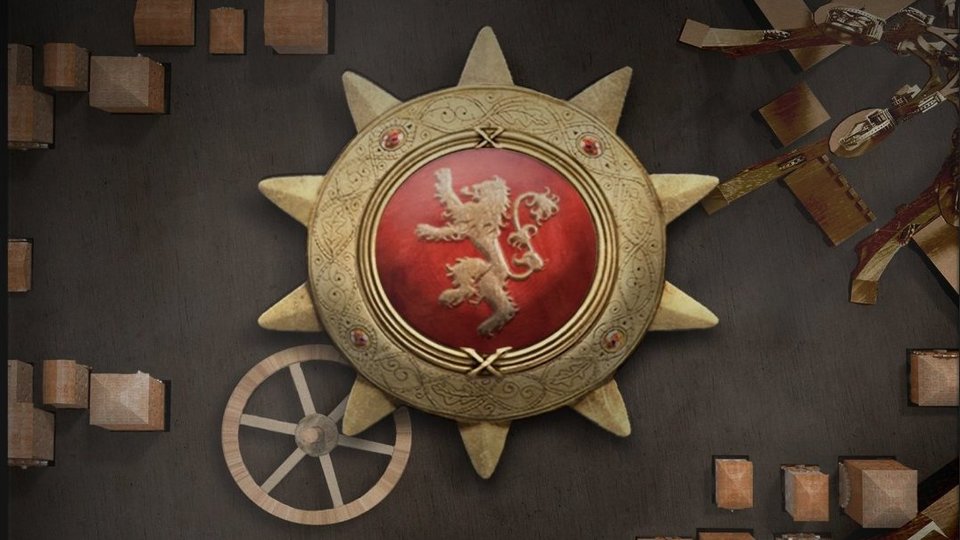 Winter is coming and along with it Game of Thrones collectible steelbooks!

The smash hit HBO series Game of Thrones has sat atop the Iron Throne of the home entertainment charts as the best-selling TV on Blu-ray/DVD title in each of the last four years. The box sets are popular among fans for their extensive bonus content that takes diehard viewers even further into the world of Westeros. Now a new Steelbook collectors release is bringing a whole new dimension to the series with the addition of a Dolby Atmos soundtrack and brand new box art designed by the team that created the series’ Emmy® Award-winning title sequence.

Seasons 1 and 2 will be available in the new Steelbook format October 26th, 2015, just in time for holiday gifting season. Seasons 3 and 4 will release on the heels of the first two seasons, with release date details coming soon.

The Steelbook sets feature brand new box art designed by Elastic, the agency responsible for the series’ Emmy® Award-winning opening credits. Each Steelbook showcases a specific location that is significant to that season and includes usable magnets on the packaging, featuring Game of Thrones sigils and symbols:

Season 1 packaging features Winterfell, where fans are introduced to the Stark family in the series premiere. The magnet for Season 1 is the direwolf sigil of House Stark.

In Season 2, the Lannisters’ influence is keenly felt from the Iron Throne and their sigil is included on packaging set in King’s Landing, where the season’s pivotal Battle of the Blackwater occurs.

Season 3 features the magnet sigil of House Frey and their ancestral seat of the Twins—the location of this season’s infamous Red Wedding.

Season 4 features the icy landscape of Castle Black and the Wall, where the brothers of the Night’s Watch fend off an army of wildlings from the far north. The magnet for this season features a crow and Jon Snow’s sword, Longclaw.

In addition to all of the bonus content from the previous Blu-ray sets, the Game of Thrones Steelbook is the first TV title on Blu-ray to be released with the revolutionary new audio technology Dolby Atmos. The Blu-ray features a newly remixed Dolby Atmos soundtrack, which places and moves sounds and music anywhere in the room, including overhead, creating a captivating experience that brings entertainment alive all around the audience. With the new Steelbook set, fans can hear Daenerys’s dragons swoop past them and feel the soaring score rise and fall around them.

To experience Dolby Atmos at home, a Dolby Atmos-enabled AV receiver is required. To create the full experience with overhead sound, home theatre enthusiasts can choose from Dolby Atmos enabled speakers or add-on speaker modules. Overhead speakers that are mounted in or on the ceiling are also an option. However, Dolby Atmos soundtracks are fully backward compatible with traditional audio configurations and legacy home entertainment equipment and will automatically play in the best possible way.

The limited edition Steelbooks will be available to purchase on Amazon for the suggested pricing of 22.99 (HD).