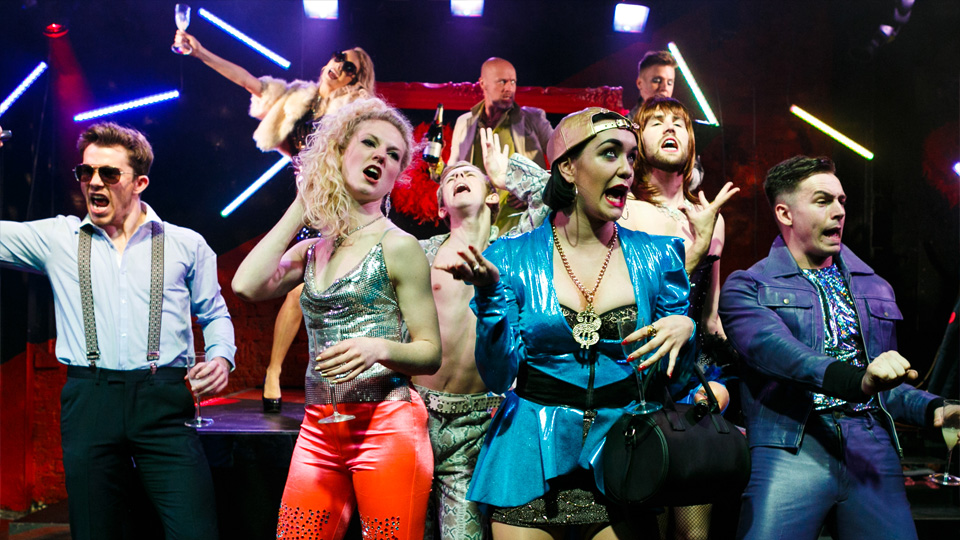 Closer to Heaven, the musical by Jonathan Harvey and Pet Shop Boys, will return to the Union Theatre following its sell-out run in April 2015, playing from Wednesday 21st October to Saturday 28th November 2015.

Set against the backdrop of Soho’s pulsing clubland, Closer to Heaven tells the story of Dave, just off the boat from Ireland and determined to make something of himself. He is offered a bar job at a glitzy London nightclub, where he quickly becomes part of an unconventional family including Billie Trix, a fading rock star of the sixties and mother figure to the club’s habitués – Vic, the club’s owner and a middle-aged gay father and his daughter Shell, who Dave sparks an immediate connection with. But will Dave truly discover himself in London, or will he fall into a labyrinth of excess, false agendas and the darker side of club life?

Pet Shop Boys are the UK’s most successful pop duo with 12 Top Ten studio albums and 40 Top Twenty singles including four number one records. Their first single West End Girls reached number one in nine countries, with further number one hits including It’s a Sin, Always on My Mind and Heart. They have won Brit awards for Best Single, Best Group and Outstanding Contribution to Music, and Ivor Novello Awards for Songwriting and Outstanding Contribution to British Music. They have a dedicated interest in combining music with theatre and film, having collaborated on tours with artist/director Derek Jarman, David Alden and David Fielding from the ENO, theatre designers Ian MacNeil and Es Devlin and director Sam Taylor-Wood. In 2001, Closer to Heaven was produced in the West End, and in 2011 their ballet The Most Incredible Thing, choreographed by Javier De Frutos, premiered at Sadler’s Wells.

Closer to Heaven has a book by Jonathan Harvey and music and lyrics by Pet Shop Boys. It is directed by Gene David Kirk with choreography by Philip Joel, musical direction by Patrick Stockbridge and design by David Shields. Casting is by Adam Braham. It is produced by Kylie Vilcins for Paul Taylor-Mills Ltd, by special arrangement with The Really Useful Group.