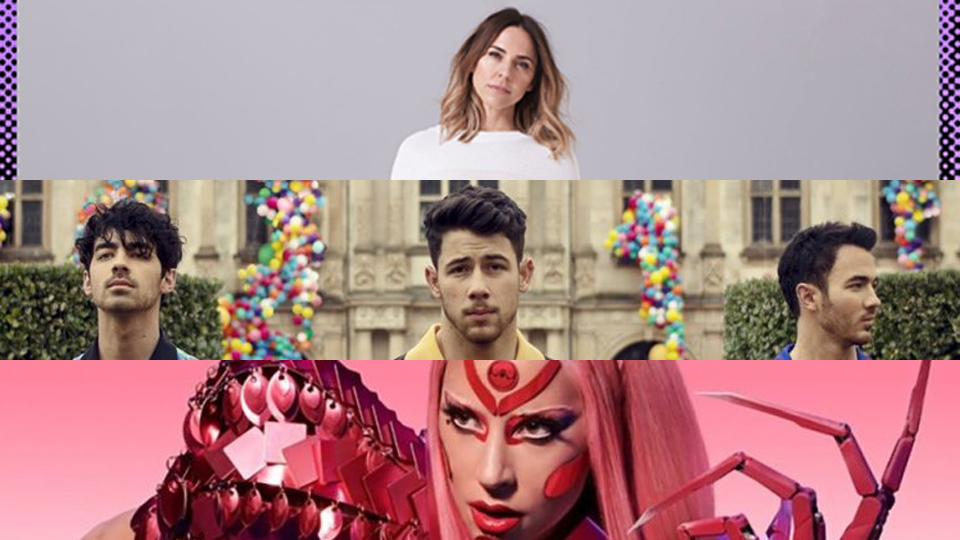 As a fan of pop music since the late 80s, I’ve always been keen to hear new songs by both my favourite artists and emerging talent.  I have to be honest and say that over the last five years or so it’s been harder to find true pop gems amongst a pretty much sound-a-like pop song formula that has taken over since the streaming age.  However, , three months into 2020 and this year is looking very promising for pop and that’s before new albums from the likes of Lady Gaga, Janet Jackson and possibly Kylie are released.

Below is EF’s Top 10 of new pop songs released since 1st Jan 2020 and there were certainly a few other contenders for this list too.

Lady Gaga has gone all-out pop for the first single from her forthcoming Chromatica album.  Stupid Love gives a nod to Born This Way and to Perfect Illusion and I must confess it wasn’t instant (and I still don’t like the phrase ‘stupid love’) but the bridge is sublime and the overall feel has me excited for the album.

Released on 2nd January, the legendary Pet Shop Boys show no signs of slowing down after forming in the early 80s.  Monkey Business is an electro 80s tinged track written by Chris and Neil with producer Stuart Price (Confessions on a Dancefloor/Aphrodite).  It’s ridiculously catchy and camp.

Melanie C is the Spice Girl with the largest solo back catalogue and as she promises an album full of bangers later this year, she teased us all with the brilliant Who I Am.  The video sees Mel looking back and recreating some of her iconic looks in a Melanie C exhibition.

5 Seconds of Summer just keep delivering great rock tinged pop tracks.  Following last year’s Easier and Teeth, No Shame is a laid back 90s-esque guitar track dealing lyrically with the trappings of fame (or at least that’s how I’m interpreting).  Congrats to the boys as parent album Calm went straight in to Number 1 on the Official Charts on Friday.

Taking it right back to the start of her pop career when she recorded Reflection as the theme to Disney’s animated Mulan, Christina has now recorded brand new track Loyal Brave True for the life-action remake.  What I love about this track is how restrained Christina is in places on the vocal; we all know she can belt but her softer voice is just magical.

Teaming up with disco legend Nile Rodgers, Adam released this funky slice of pop ahead of his new album Velvet.  As well as embracing a more slinky vibe on the album that is reminiscent of early Prince and indeed in places Queen, Adam is also serving Glam Rock looks in the video and sleeve.

Following their headline grabbing, raunchy medley on X Factor last year where we got a tempting tidbit of React, The Pussycat Dolls returned in style with a full release in early February.  It at once sounds fresh-yet-retro and is a smooth subtle bop that just grows and grows on you.  You want a reaction? It’s a thumbs up from me.

Dua teased the Future Nostalgia era with the funky Don’t Start Now at the end of 2019 and gave us the title track and Physical before releasing this certified pop smash last week along with the album.  With it’s 70s bassline and unexpected musical dropouts in the chorus, it’s the kind of pop song that will still sound good in ten years time.

2. Jonas Brothers – What A Man Gotta Do

Sounding like all your favourite 80s tracks including Faith, Footloose and Hey Mona as well as hints of Will Youngs Switch It On, What A Man Gotta Do is a hand-jiving party of a song.  Throw in a video with Nick recreating Tom Cruise’s Risky Business dance in just his shirt and pants and a Grease tribute with Sansa Stark (aka Mrs Joe Jonas) and you can’t help but smile, dance and clap along.

This track has crept up on music lovers and has firmly become my ear worm of the year so far.  A slinky disco number that has me reaching for my (imaginary) roller skates.  It’s the perfect track for the recent sunshine and just when you think you know where the smooth groove is going, suddenly you’re greeted with a rap from Doja herself.  If only Janet Jackson would jump on a remix.