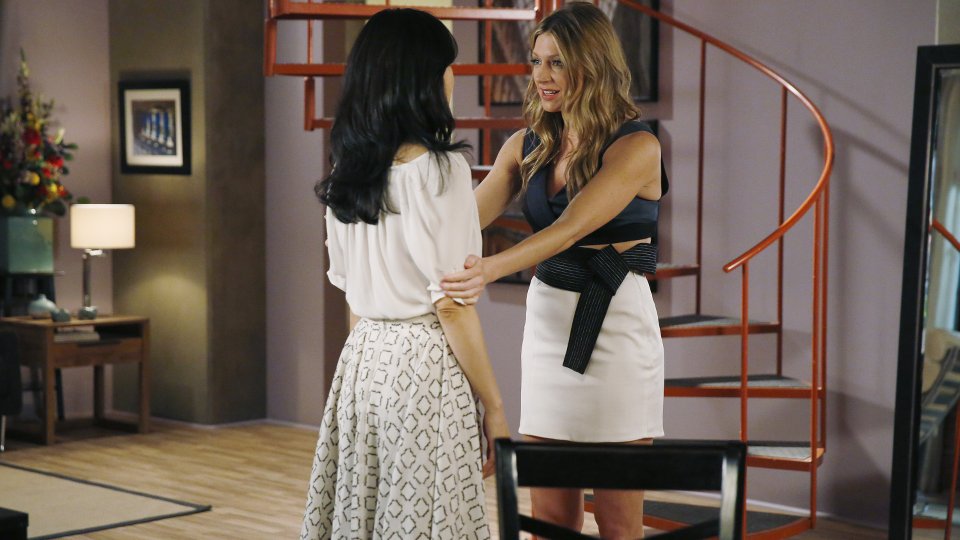 April (Rochelle Aytes) had her dinner date with Blair (Brian White) interrupted on the latest episode of Mistresses.

After cosying up to the hunky headmaster, April was alarmed when she had to cut their date short to go and pick Mark (Rob Mayes) and the kids up from the police station. Mark took them to a bad part of town to see some graffiti April had done as a youngster and got arrested when he accidentally took the kids to a strip club to use the toilet.

Elsewhere in the episode Karen (Yunjin Kim) went to a mixer with Vivian (Sonja Bennett) and Alec (Ed Quinn) where they met other polyamorous people, Calista (Jennifer Esposito) humiliated Luca (Noam Jenkins) at a party for his new range, and Harry (Brett Tucker) slept with Neko (Emmanuelle Vaugier) after seeing Joss (Jes Macallan) cosying up with another man.

The next episode of the season is The Best Laid Plans. Sleeping with the boss’s mistress unexpectedly leads Harry to a new career venture; Karen enters uncharted territory in her relationship; April tries to get over issues from her past.