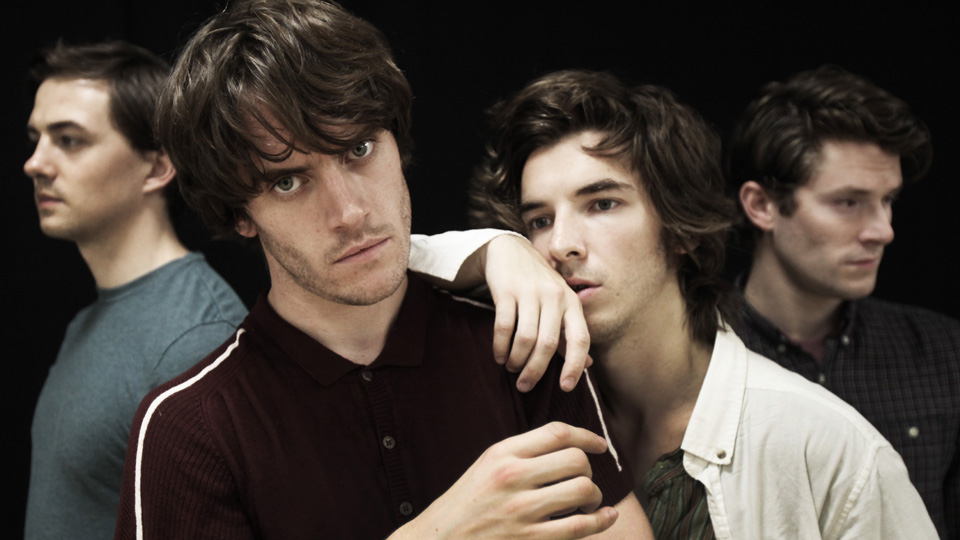 The first images of the new cast of Sunny Afternoon, the multi-Olivier Award-winning hit British musical based on the music of The Kinks, have been released.

The new cast is Danny Horn (Doctor Who; The Dead Dogs), who will play Ray Davies, with Oliver Hoare (Antony and Cleopatra, Chichester) as Dave Davies, Tom Whitelock (Times Square Angel, Union) as bassist Pete Quaife and Damien Walsh (Dreamboats and Petticoats) as drummer Mick Avory. At certain performances, the role of Ray Davies will be played by Ryan O’Donnell (Romeo and Juliet, RSC; Quadrophenia).

With a book by Joe Penhall, music and lyrics and original story by Ray Davies, and directed by Edward Hall, Sunny Afternoon has established itself as a firm favourite with audiences and critics alike since it opened at the Harold Pinter Theatre in October 2014.

Forty-nine years ago this year, The Kinks were sitting at Number One in the UK charts with their single ‘Sunny Afternoon’. The band’s popularity has not faded since the 1960s, with crowds of all ages filling the Harold Pinter Theatre night after night. Featuring some of The Kinks’ best-loved songs, including You Really Got Me, Waterloo Sunset and Lola, Sunny Afternoon shows the music of The Kinks is still as popular as ever, more than 50 years since the band’s rise to fame.

Ray Davies is an influential and prolific rock musician and was co-founder and lead singer and songwriter for rock band The Kinks, and later a solo artist. He has an outstanding catalogue of hits from the earliest 1960s to the present day with estimated record sales in excess of 50 million. He has also acted, directed and produced shows for theatre and television.

The original cast, including Olivier Award winners John Dagleish and George Maguire, will remain in the show until 3rd October 2015.

Sunny Afternoon is at Harold Pinter Theatre, with the new cast from 5th October 2015. Tickets start at £15. Book online at sunnyafternoonthemusical.com or call the Box Office on 0844 871 7622.