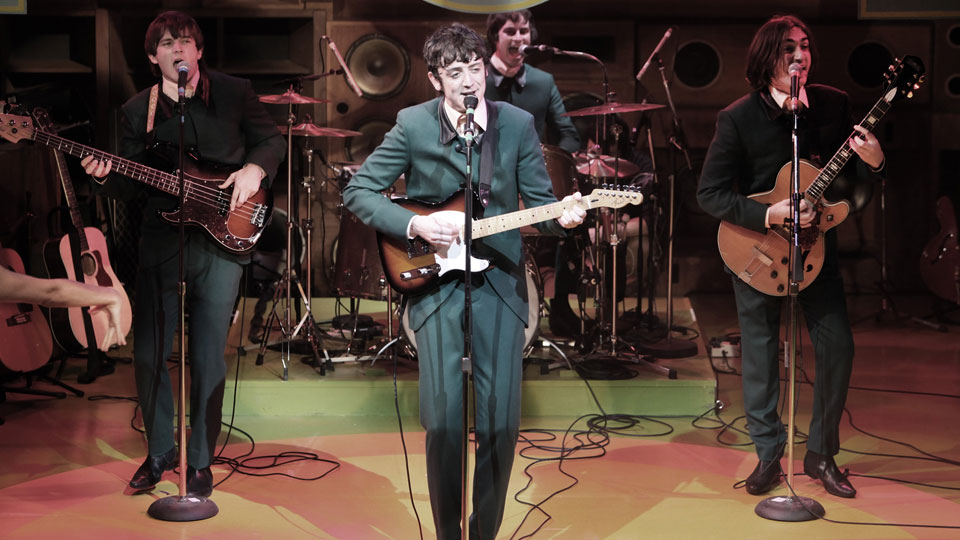 New hit British musical Sunny Afternoon has announced new members of the cast to start from April 6th. Originating cast members will be joined by Jason Baughan in the role of Eddie Kassner and Jo Servi as Gregory Piven.

Olivier-nominated John Dagliesh and George Maguire will continue to play Ray Davies and Dave Davies respectively alongside Ned Derrington as Pete Quaife and Adam Sopp as Mick Avory, who complete the band.

Featuring some of The Kinks’ best-loved songs, including You Really Got Me, Waterloo Sunset and Lola, Sunny Afternoon marks the 50th anniversary of the band’s rise to fame.

Following a sold-out run at Hampstead Theatre, this world premiere production, with music and lyrics by Ray Davies, new book by Joe Penhall, original story by Ray Davies, direction by Edward Hall, design by Miriam Buether and choreography by Adam Cooper, opened at the Harold Pinter theatre on 28th October 2014.

In this article:Harold Pinter Theatre, Sunny Afternoon, The Kinks