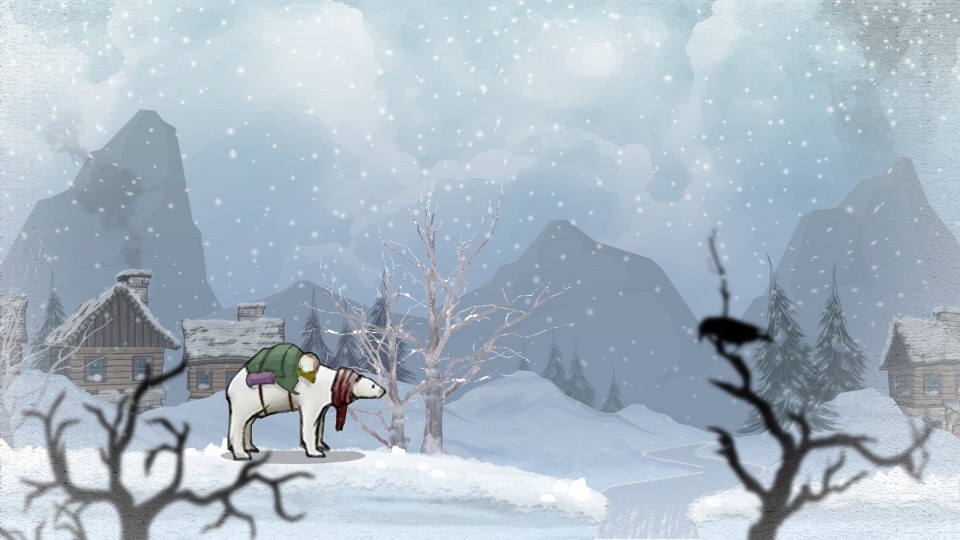 Big Cake Games, the independent development studio behind the proposed Metal Gear remake, are excited to announce that the campaign for their first game, Cold Horizon, is now live on Kickstarter. A campaign page for Cold Horizon can also be found on Steam Greenlight.

Cold Horizon is an action/adventure platformer with puzzle-solving and stealth elements, which will be split into five planned episodes scheduled for release throughout 2016.

Cold Horizon is set on a post-apocalyptic Earth and tells the story of an unlikely partnership between a polar bear named Eira and a young boy with unimaginable abilities. The boy has the power to affect the world around him in unique ways and is both a symbol for hope and a lure for danger. Through a series of tragic circumstances, Eira becomes the boy’s protector as they embark on a journey of survival and a quest for humanity’s redemption.

The team also have stretch goals in place to help them add additional gameplay modes to Cold Horizon and bring the game to platforms such as Xbox One, PlayStation 4, PlayStation Vita, Nintendo Platforms and mobile.

To find out more about the game or to pledge your support visit the Cold Horizon Kickstarter and Cold Horizon Steam Greenlight pages.