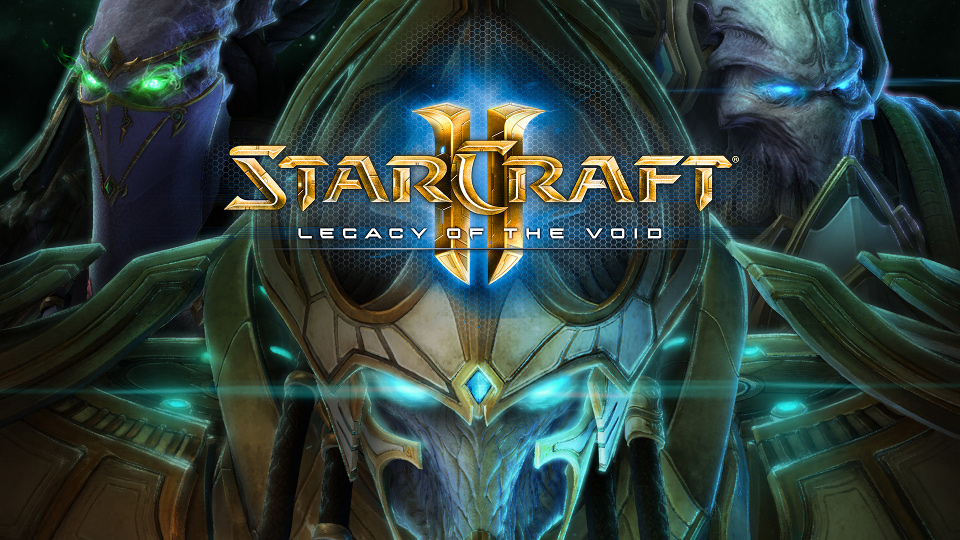 Blizzard has announced that StarCraft II: Legacy of the Void will be released on November 10th. In Legacy of the Void, players will guide protoss legends Artanis and Zeratul as they fight to unite the protoss race, take back their homeworld, and vanquish the ancient evil that threatens the universe.

StarCraft II: Legacy of the Void is the thrilling conclusion to the award-winning science-fiction saga that began with the original StarCraft in 1998. In the expansive new protoss-focused campaign, players will take command of the mighty Spear of Adun—a magnificent protoss arkship capable of altering the course of battle from above. In addition to determining the protoss’s destiny, players will also bear witness to the ultimate fates of terran hero Jim Raynor, the former marshal turned rebel leader, and Kerrigan, the zerg Queen of Blades.

[quote by=”Mike Morhaime, CEO and cofounder of Blizzard Entertainment”]Legacy of the Void provides an epic conclusion to a story more than 17 years in the making. It also brings tremendous enhancements to StarCraft II’s definitive real-time strategy gameplay, with new units, automated tournaments, collaborative game modes, and more. We can’t wait for players to experience it all this November.[/quote]

Players also have the option to upgrade their purchase to the Digital Deluxe Edition (£44.99), which unlocks a variety of in-game bonuses for Blizzard games (available upon Legacy of the Void’s release), including an Archon battle pet for World of Warcraft, a Void Speeder mount in Heroes of the Storm, and a protoss-themed card back in Hearthstone: Heroes of Warcraft.

Legacy of the Void will also be available in a retail-exclusive Collector’s Edition, which comes equipped with the digital bonus items from the Digital Deluxe Edition, as well as a special edition of the full-color hardcover StarCraft Field Manual (retail edition SRP £26.40); a DVD loaded with cinematics and special features; and a CD soundtrack. The Collector’s Edition will be available at select retailers for a suggested retail price of £59.99.

Legacy of the Void introduces new ways to enjoy StarCraft II’s unrivaled real-time strategy gameplay. In Archon Mode, two players share control over a single base and units as they take on an enemy duo in multiplayer action. By sharing the responsibility of commanding troops and managing resources, players can focus on their own areas of the battle, execute more intricate strategies, and benefit from each other’s unique expertise.

Legacy of the Void also adds Co-op Missions that provide players with a whole new way to enjoy the game with a friend. In this objective-based experience, players team up and take on the roles of powerful allied commanders from the StarCraft saga. Each commander brings unique abilities to the table, including specialized upgrades and army bonuses. Players will join forces to battle through a series of challenging scenarios together, leveling up their commanders’ capabilities as they progress.

An array of new units will breathe new life into the online multiplayer battles that represent the core StarCraft II competitive experience. Zerg swarms will welcome the return of the Lurker, a classic creature from StarCraft: Brood War that lays waste to infantry with deadly spines which burst from the ground. The Protoss field a new weapon called the Disruptor, which can use massive energy spikes to wreak havoc through swaths of ground forces. And the Terrans have focused on establishing air superiority with the Liberator, a versatile, heavily armed gunship with twin missile launchers and the ability to transform into a stationary air platform, much like its ground-based Siege Tank counterpart. Six units are being added in total—two for each race—with many existing units receiving updates to prepare for the coming battle.

Legacy of the Void will also include enhancements to online multiplayer play in the form of automated tournaments, providing players with exciting ongoing events that support the competitive StarCraft II community.

Legacy of the Void will be a standalone experience that does not require players to own StarCraft II: Wings of Liberty or Heart of the Swarm, which are also now available as standalone games.

Check out the official StarCraft II website to learn more about the game or download the free Starter Edition.

In this article:Blizzard, Legacy of the Void, PC, StarCraft, Starcraft II