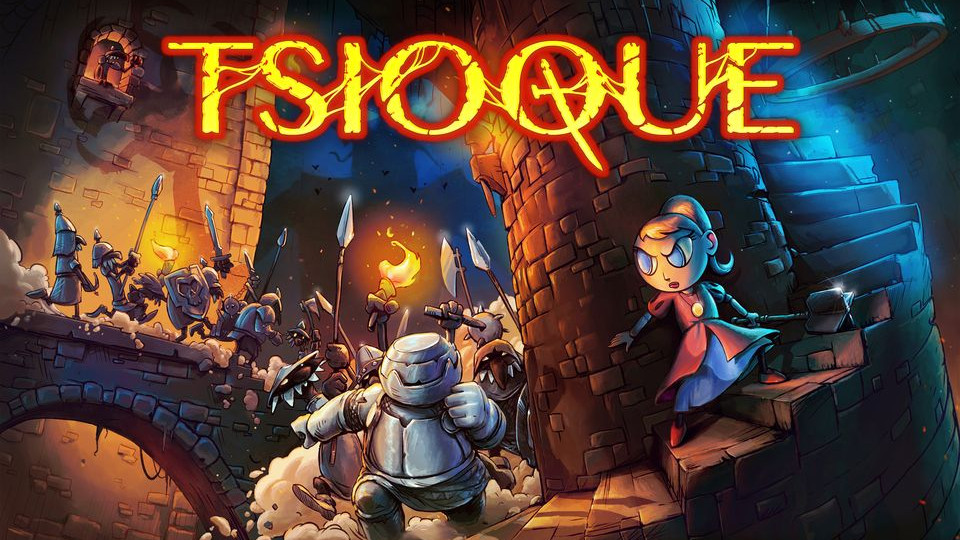 Polish developers, OhNoo Studios (Tormentum: Dark Sorrow) have announced that Tsioque is launching today on PC via Steam. The game is a 2D adventure inspired by all the best point-and-click traditions. We first took a look at the game back in 2015.

After Tormentum was praised for its beautiful graphics, inspired by the works of Giger and Beksiński, Ohnoo’s developers look set to apply their artistic approach to digital entertainment once again; through their collaboration with award-winning Polish animator, Alek Wasilewski (Smile).

Watch the Tsioque Kickstarter trailer #2 below:

Alek has received awards and recognition in his native Poland and internationally — for a massive and diverse body of work. Thanks to this latest creative partnership, Tsioque stands out with visually-arresting, beautiful, hand-drawn graphics brought to life with frame-by-frame animation. Both fairytale-esque and cartoon-like, Tsioque’s art style has already attracted praise from the thousands of gamers who’ve followed its very successful Kickstarter campaign. Funding exceeded $39,000 USD, allowing the studio to realise its vision as fully as possible.

Great social engagement by the creative teams, combined with Kickstarter backing, saw the game receive a full voiceover for all of the dialogue sequences and extraordinary musical score by Edward Harrison (Deus Ex: Mankind Divided, NeoTokyo) and Elle Kharitou; producing a dynamic arrangement which aligns itself perfectly with events on screen.

View some Tsioque screenshots in our gallery:

In Tsioque players take up the role of the titular princess, who is captured and imprisoned in the castle of her ancestors by an Evil Wizard, who casts a powerful spell over it. This, though, is one fiercely independent young lady, who has no intention of waiting for someone to rescue her. She elects to get her hands dirty, improvising with a gutsy — and altogether risky — escape plan. Her will to escape this accursed place makes for a less than traditional fairytale. There are unexpected twists, the apparently straightforward story of ‘girl escapes spellbound castle’ begins to unravel, revealing hidden layers and unexplored themes that take the player well beyond its fantasy story-book setting.

Gameplay is subtly-inspired by magical hits from the past: Dragon’s Lair, Indiana Jones and The Fate of Atlantis, Day of the Tentacle or Heart of Darkness. Progress is based squarely on the player’s interactions with the environment, with numerous possibilities hidden throughout stunning locations, all illustrated with an impressive amount of unique animations. This attention to detail contributes to a production of great depth. One that finds plenty of time for humour, yet frequently visits darkness and offers all comers an array of exciting challenges. The decisions made need to be thought about, carefully, as the wrong moves can have dire — and often hilarious — consequences.

Tsioque is available later today via Steam, check out the Ohnoo Studios website for more information on the game.