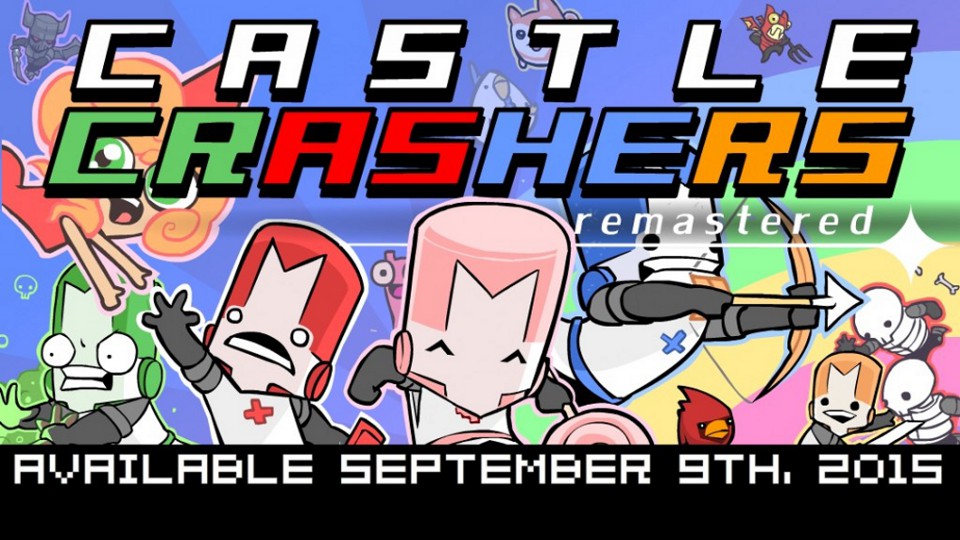 Hack, slash, and smash your way to victory in this Remastered edition of the popular 2D arcade adventure known as Castle Crashers. At 60 frames per second, Castle Crashers Remastered delivers hi-res visuals with updated textures 5x the size of the original. Up to four friends can play locally or online to save your princess, defend your kingdom, and crash some castles.

[quote by=”Dan Paladin, co-founder & art director of The Behemoth”]Over a year ago we started thinking about the future. Castle Crashers would disappear along with lots of other games once the ‘Last Gen’ would wave goodbye. Millions of people have enjoyed the game and written to us with such amazing experiences, it seemed like it’d be a loss to just let it vanish for any new or returning console players.[/quote]

In addition to Castle Crashers Remastered, the original XBLA version of Castle Crashers will be playable with Xbox One Backwards Compatibility but there is no release date yet.

Check out the official Castle Crashers website for more information.

In this article:Castle Crashers, Remastered, The Behemoth, Xbox One