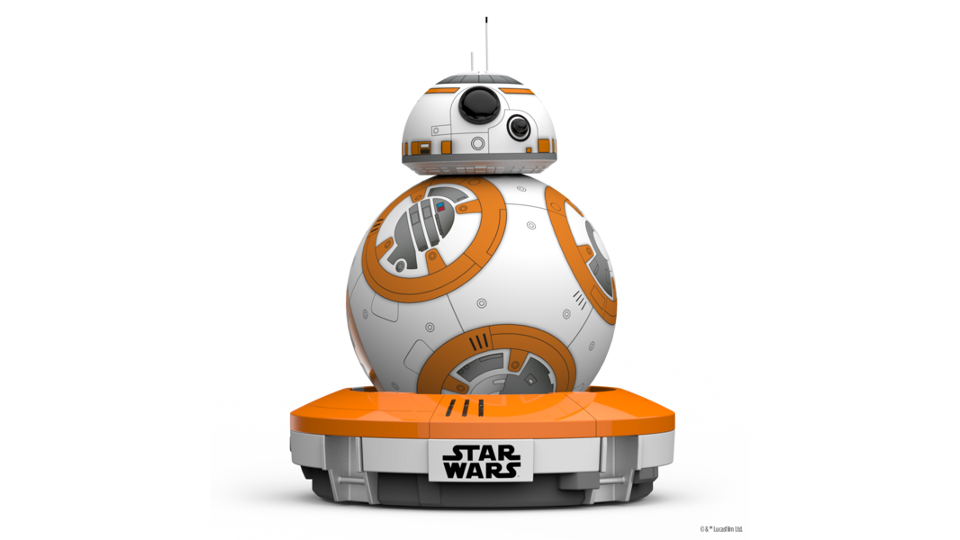 Over the years, the magic of Star Wars has always lived on screen and in our imaginations. Thanks to Sphero’s advancements in technology, they’ve made it possible to bring a new part of Star Wars: The Force Awakens into your home.

Meet BB-8 – the app-enabled Droid by Sphero that’s as authentic as it is advanced. BB-8 has something unlike any other robot – an adaptive personality that changes as you play. Based on your interactions, BB-8 will show a range of expressions and even perk up when you give voice commands. Set it to patrol and watch your Droid explore autonomously, make up your own adventure and guide BB-8 yourself, or create and view holographic recordings.

This is the beginning of a revolution in the toy industry. Technology advancements have made it possible to build the toys of the future and create experiences that, until today, have only been portrayed in science fiction. Just think, people will be able to own a piece of the movie, have it in their homes, and relive an experience that is authentic to the entertainment on the screen.

Rather than using the Force, BB-8 is powered by induction charging and connects via Bluetooth Smart BLE with your iOS, Android, or Windows device. His tough polycarbonate shell keeps him safe from water and the dark side.

Sphero BB-8 is available to purchase now at a cost of £129.99. We expect it’s going to be rather popular this Christmas.