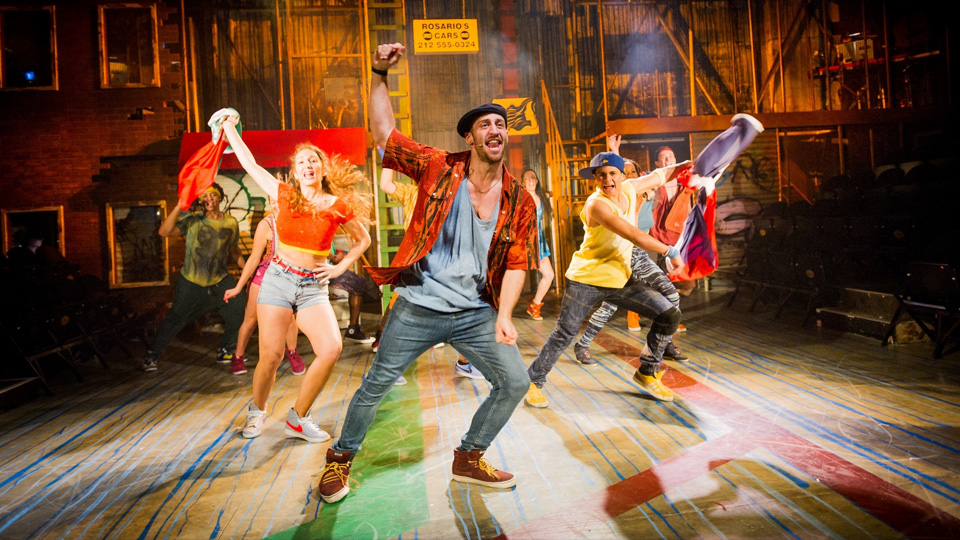 Full casting has been announced for the Tony Award-winning Broadway musical In The Heights, which returns to London in October following a critically acclaimed sell-out UK premiere at Southwark Playhouse in 2014. The production will transfer to King’s Cross Theatre on 3rd October 2015 and is booking for a limited four week period until 1st November 2015.

David Bedella will reprise his performance as Frank N. Furter in The Rocky Horror Show when it returns to the West End in September. David is also known for his Olivier Award winning performance as Satan in Jerry Springer the Opera (National Theatre).

It is choreographed by Drew McOnie, who won the 2015 Off West End Award for Best Choreography for his work on In The Heights at Southwark Playhouse. Recent credits include Bugsy Malone (Lyric Hammersmith), Oklahoma! (UK Tour), Chicago (Curve Theatre, Leicester) and Drunk (Bridewell Theatre). Drew is also the Artistic Director of The McOnie Company and an Associate Artist at The Old Vic, for which he is currently creating a new dance-thriller version of Jekyll and Hyde.

In The Heights is at King’s Cross Theatre from Saturday 3rd October to Sunday 1st November 2015. Tickets start at £19.50, with a selection of best seats available for Under 25s at a special rate of £15 at every performance. To book visit kingscrosstheatre.com.

Advertisement. Scroll to continue reading.
In this article:King's Cross Theatre