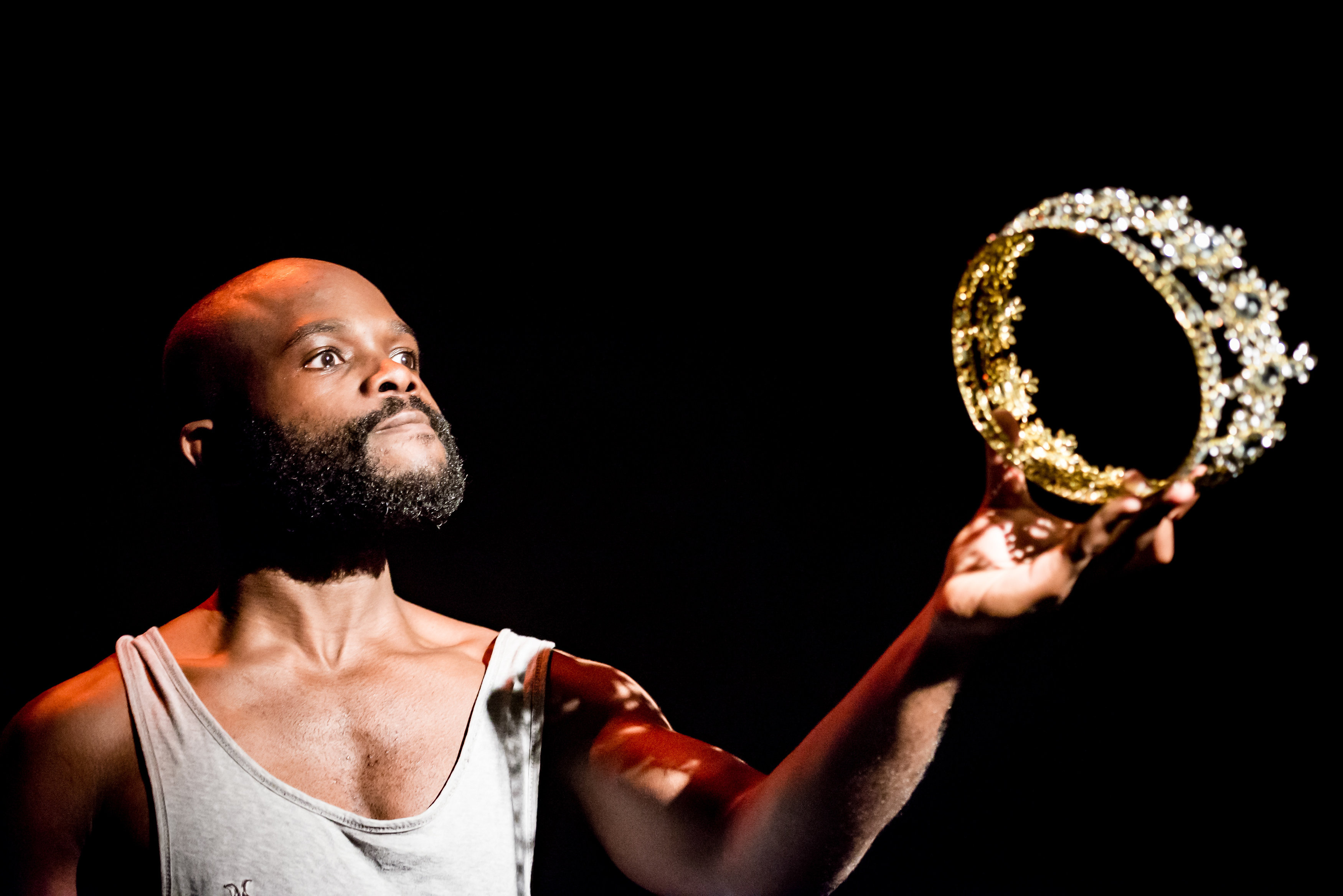 Lazarus Theatre Company’s bold new interpretation of Christopher Marlowe’s Tamburlaine The Great is currently arresting audiences at The Tristan Bates Theatre. We speak to Prince Plockey who stars as Tamburlaine.

We’ve already seen you play Coriolanus and Richard III for Lazarus Theatre Company. How does it feel to be taking the lead again?

I love working with Lazarus. Its great to be back in the room with them.

How are you approaching the character of Tamburlaine?

No differently to how I would approach any character. The great thing I have on my side is that, compared to most of Shakespeare’s work, we sometimes already have a connection to the play or characters and that’s the same for both actor and audience, but not many people have heard about Tamburlaine. I’d never heard of the play and it offers me a great opportunity to own it.

Have you shared the same view of the character with the director, or have there been any artistic differences?

We’ve had great free flow of sharing, no major differences, if any. I’ve been open to the ideas, as you should be, and the more and more we discussed them the more we became excited about what our Tamburlaine would be.

Are you finding any similarities between Tamburlaine and the other characters you’ve played?

What has the rehearsal process been like so far?

Great. The company we have on this project are fantastic. Everyone wants to get stuck in all time and explore ideas. Not one person is afraid to try something new. We’ve a great dynamic. It’s refreshing.

What are you hoping audiences will take from the production?

I’m not going to say anything, we shall see…

Tamburlaine The Great is at The Tristan Bates Theatre until 12th September 2015. Book online at tristanbatestheatre.co.uk or contact the box office: 020 7240 6283.

In this article:Christopher Marlowe, Prince Plockey, The Tristan Bates Theatre