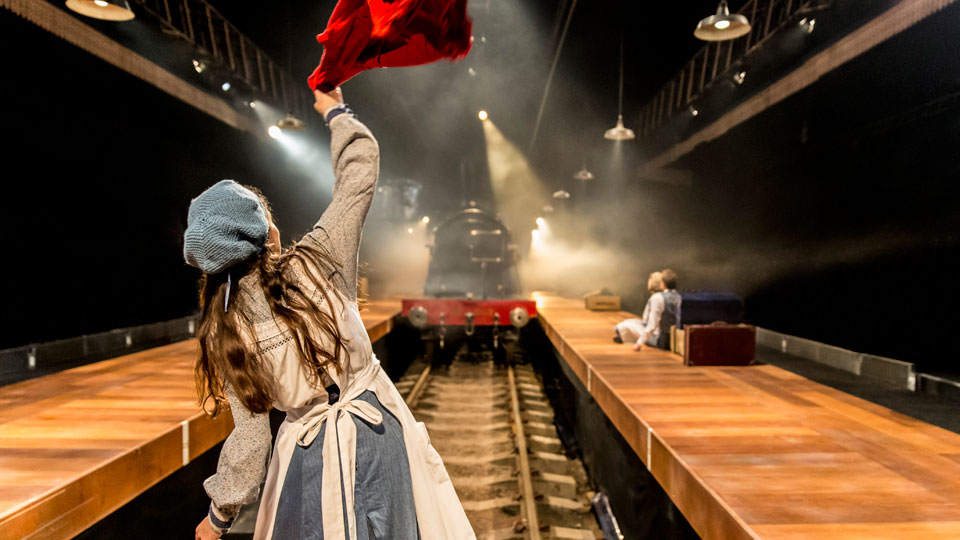 The Olivier Award-winning production of Mike Kenny’s stage adaptation of E. Nesbit’s novel The Railway Children – Live on Stage will be extending its run at King’s Cross Theatre by a further three months until Sunday 10th April 2016 due to popular demand. Tickets for the new period are now on sale.

The producers said, “We are thrilled to be steaming into our second sensational year at this wonderful venue.”

The cast of The Railway Children includes Martin Barrass as Mr Perks, Caroline Harker as Mother, Louisa Clein as Phyllis, Clare Corbett as Mrs Perks, Peter Gardiner as Doctor/Butler, Jack Hardwick as Peter, Mark Hawkins as Jim/District Super, Connie Hyde as Mrs Viney, Serena Manteghi as Bobbie, Blair Plant as Father/Schepansky, and Moray Treadwell as the Old Gentleman. Joining them are Lindsay Allen, Daniel Griffin, Megan Elizabeth Pitt and Alex Wingfield, plus a children’s ensemble made up of three teams of ten children aged between 9 and 15.

A purpose built 1,000-seat theatre, complete with a railway track and platforms with a state of the art air conditioning and heating system, was specially created for this production on King’s Boulevard, behind King’s Cross Station, a site which has been loaned to the production for the duration of the run by Google. The York Theatre Royal production, which is in association with the National Railway Museum, once again features a live steam locomotive and a vintage carriage, originally built in 1896.

The production at King’s Cross Theatre is in support of the Railway Children Charity that aims to help homeless and runaway children throughout the world, with £1 per ticket donated to the charity. To date, £335,000 has been raised by the theatre production since its West End debut in 2010.

See www.railwaychildrenlondon.com for more details and to book.

In this article:King's Cross Theatre, The Railway Children