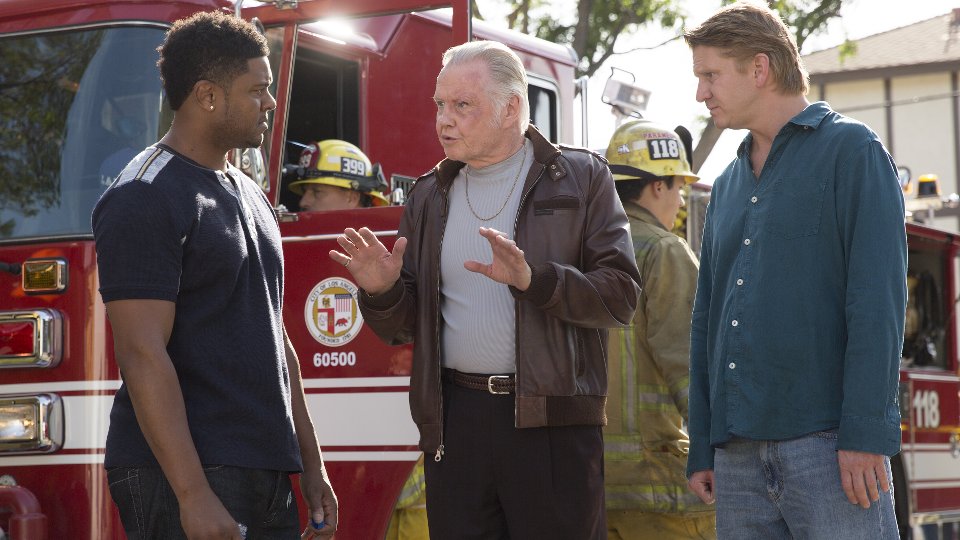 Ray’s (Liev Schreiber) past caught up on him in the latest episode of Ray Donovan.

After receiving a call from Father Romero (Leland Orser), who requested a meeting in a bid to get Ray to confess to his sins. After arriving at the meeting, Romero promised Ray that if he confessed to killing Father Danny then he wouldn’t pursue legal action. Ray almost went through with it but backed out and punched Romero to the ground. The Donovan family were ex-communicated from the church as a result of Ray’s actions.

Elsewhere in the episode Ray tried to help Paige get her stadium built by bribing an official, Bridget (Kerris Dorsey) continued to flirt with her teacher, Terry (Eddie Marsan) refused to move in with Ray when he was told he needed daily care, and Mickey (Jon Voight) tried to dodge his debt to the Davros Minassian.

The next episode of the season is Tulip. Romero appears at the Fite Club, challenging Ray to repent for his sins.

Tune in to Ray Donovan at 9pm on Wednesday on Sky Atlantic HD. Preview the episode with our gallery below: