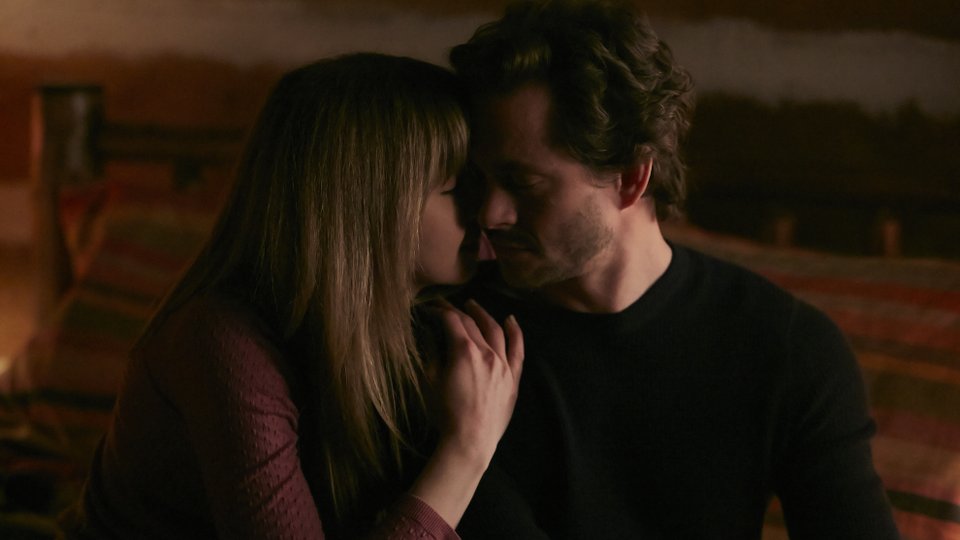 Hannibal’s (Mads Mikkelsen) deception was discovered on the latest episode of Hannibal.

If you haven’t seen the latest episode of Hannibal and want to avoid spoilers we suggest you stop reading now. If you have seen it and want to relive the action then keep reading.

The hunt for the red dragon

After his near miss with Francis (Richard Armitage), Will (Hugh Dancy) admitted to Alana (Caroline Dhavernas) and Jack (Laurence Fishburne) that he was told where to find the killer by Hannibal (Mads Mikkelsen). They surmised that he must be a past patient of Hannibal’s but what they didn’t know is that Francis was in contact with Hannibal via phone. Hannibal advised Francis to pass the dragon to someone else (i.e. Will) before instructing him to ‘kill them all’.

Will went to see Hannibal to try and stop Francis from killing another family. Hannibal claimed not to know who he was but suggested that Will should be worried for his own family. When probed further, Hannibal said he knew the identity of the family that were being targeted but refused to tell him who they were.

A romantic night in

Francis told Reba (Rutina Wesley) that he had some homework to do but asked that she stay with him whilst he did it. When she asked if it had a soundtrack he said it didn’t and as he pressed play on his film reels footage of Will’s family was projected onto the screen with Reba unaware of what her lover was up to. It soon transpired that Francis was putting a plan into action to strike against Molly (Nina Arianda) and her son by poisoning their dogs.

That night Molly heard footsteps outside of the house and got out of bed to investigate. She went to collect her son as Francis entered the house armed with a gun. Helping her son to escape out of the window, Molly hid in his bedroom and attempted to make a run for it. Reunited with her son, Molly set a car alarm off to distract Francis. Making it to the road she signalled for help causing an oncoming car to swerve. Francis shot at the driver killing him and Molly and her son jumped in the car and drove off. Francis continued to shoot after them injuring Molly in the process. Will arrived at the hospital where Molly was in surgery and had a conversation with his step-son where it was revealed that boy knew about Will’s past.

We know what you’re up to

Alana did some sleuthing this week and discovered that Hannibal had been talking to Francis on the phone. She told Hannibal that she knew his ‘lawyer’ was really ‘the Tooth Fairy’ after calling his actual lawyer to find out when they had last been in touch. Hannibal admitted she was right and said he would have told her had she asked him.

Breaking up is hard to do

Following his failure to kill Will’s family, Francis broke down when Reba visited him. She sensed that all was not right and Francis told her he was afraid of hurting her and didn’t know what to do. To keep her safe he decided to break up with her sending a broken hearted Reba away. Francis then called Hannibal from the cannibal’s old office for help whilst Alana and Jack listened in on the call. Francis battled with the red dragon that was telling him to kill Reba. Hannibal told Francis that the call was being listened to so he fled from the office before the FBI arrived to look for fingerprints and clues. Following his deceit, Hannibal was put in a face mask and a straight jacket and had all of his privileges taken away from him by Alana.

Will visited Molly when she came out of surgery. Molly told him he looked different and admitted that she blamed herself for Will’s return to the FBI and Jack. She asked Will if they were being targeted because the Tooth Fairy was after him and he confirmed her fears. Will apologised for everything Molly had been through but assured her she would be to go home in time.

Will visited Hannibal to vent his anger and find out what he’d been telling the Tooth Fairy. Hannibal admitted he told the killer where Will lived and to kill the entire family. Will was told by his enemy that the red dragon believes Will to be as big a monster as he is.

Hannibal continues at 10pm on Wednesday on Sky Living HD. Watch the promo for next episode The Number of the Beast is 666… below: