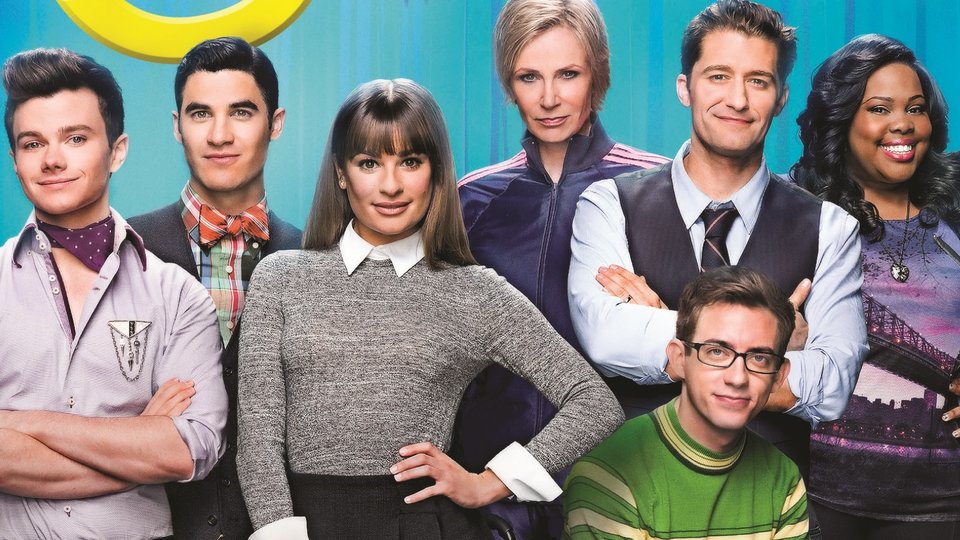 Ryan Murphy’s musical drama Glee bowed out earlier this year after six seasons. Arriving with a lot of buzz back in 2009, Glee was pretty groundbreaking in terms of its format and the way it represented minority groups on television. The show proved to be controversial over its run and tragedy hit prior to season 5 when main cast member Cory Monteith died from a drug overdose. Glee also took a hit in the ratings following its fourth season and ended up having a reduced final season to wrap the storylines up.

Glee: Season 6 – The Final Season features all 12 episodes of the show’s swansong and it’s a bittersweet experience. Over the course of the show’s run, Glee had introduced a ton of characters, which was part of the reason it experienced a dip both creatively and critically. Fans didn’t really connect with the new characters and some of the original characters were side-lined upsetting viewers in the process. Season 6 tried to rectify that by putting the focus on Rachel (Lea Michele), Kurt (Chris Colfer), Blaine (Darren Criss) and Mr Schuester (Matthew Morrison). The season also featured original characters Santana (Naya Rivera), Brittany (Heather Morris), Mercedes (Amber Riley), Quinn (Dianna Agron), Puck (Mark Salling) and Sam (Chord Overstreet) in more prominent roles and storylines.

The final season of Glee picks up after Rachel left Broadway for Hollywood only to find that the road to success is anything but smooth. She winds her way back to McKinley to take over the Glee club with Kurt by her side and Will and Blaine leading the opposition Vocal Adrenaline and The Warblers respectively. Over the course of the season Rachel rediscovers her love of music and her purpose in life with the help of a fresh batch of Glee club members and the support of her longtime friends.

Alongside the main storyline there’s more focus on Kurt and Blaine’s relationship too following their breakup. The two characters try to reconnect, which proves hard when Blaine reveals he has a very unlikely new boyfriend. They aren’t the only lovebirds rekindling old flames though as Santana and Brittany surprise everyone with a big announcement.

The final season of Glee manages to remind you why you fell in love with the show in the first place. Whilst it may have been frenetic (a trademark of anything Ryan Murphy has his hand in), the show undeniably impacted popular culture and gave a voice to a generation of misfits and creatives that felt ignored by society. It made singing in schools ‘cool’ again and it gave us many fantastic renditions of songs old and modern throughout its run.

Glee: Season 6 – The Final Season isn’t up there with show’s finest seasons but it’s better than the muddled fifth season that caused many of the show’s fans to give up on it. The two-hour finale gives plenty of closure but fans will always be gutted that they never saw Rachel and Finn (Monteith) end up together as was always intended. We found the ending pretty satisfying and hopefully in years to come people will revisit Glee and appreciate it for what it was – a fun, touching and engaging musical drama with its heart in the right place.

Advertisement. Scroll to continue reading.
In this article:Glee