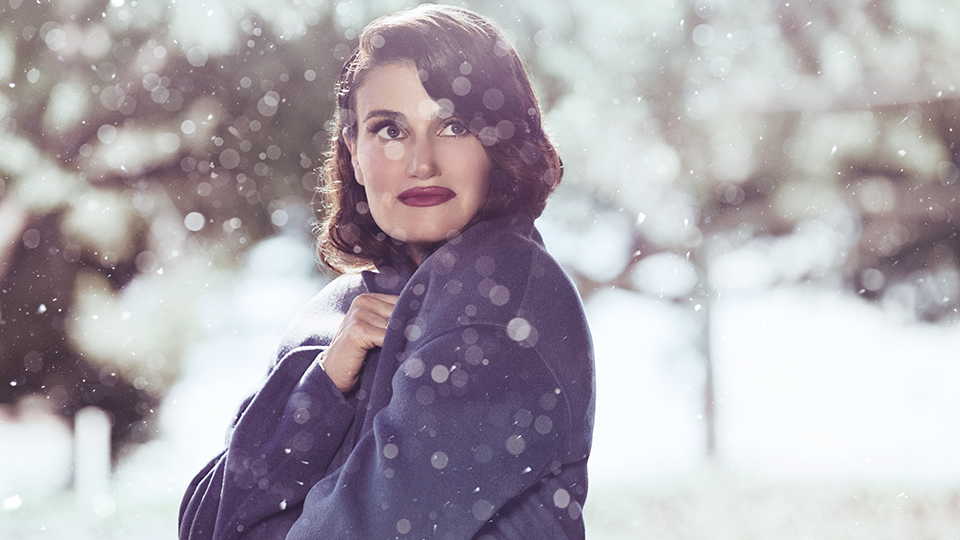 Idina Menzel is a bit of a legend. Best-known for her work on stage, in particular for originating the iconic role of Elphaba in the smash-hit musical sensation Wicked, Menzel has managed to cross over to TV and Film too in the likes of Glee and Frozen. Alongside all of that, she’s continued to release albums and in 2014 her first album Christmas Wishes (Holiday Wishes in the US) arrived. Five years on, and with the success of Frozen II at the box office, Menzel is back with her second Christmas album Christmas: A Season of Love.

It’s clear from the 18-track set that Menzel is very well aware of what her fans want to hear from her. There’s plenty of Broadway sprinkled across the tracks here and there’s no escaping Menzel’s ridiculously powerful and distinctive voice. Opening with the familiar one-two punch of Sleigh Ride and The Most Wonderful Time of the Year, Menzel immediately captivates with her voice. Backed by a luscious orchestra, the Ron Fair produced set is classy, bold and addictive.

Menzel mixes classic holiday songs with a few originals and it’s a mostly uptempo affair. Billy Porter, from TV’s Pose, pops up on the early highlight I Got My Love To Keep Me Warm and interacts warmly with Menzel, while Ariana Grande lends her vocal range to the original track A Hand For Mrs. Claus. Menzel’s Frozen co-star Josh Gad joins her on the fun We Wish You the Merriest and her husband Aaron Lohr adds his voice to the gorgeous I’ll Be Home For Christmas. Despite all the star guest appearances though, Menzel shines brightest on her own. A mash-up of O Holy Night and Ave Maria is the perfect showcase for that incredible voice we’ve come to know and love, while Christmas Time is Here takes Menzel into jazz territory for a sumptuous 3 minutes.

Elsewhere on the record Menzel’s son features on the short track Walker’s 3rd Hanukkah, which leads into the Hannukah song Ocho Kandelikas where Menzel sings in Ladino and English. At This Table is a powerful piano-led ballad that’s a highlight on the record and a solo version of the Rent classic Seasons of Love links back to Menzel’s Broadway roots and her association with the show. The album closes with an emotive take on Auld Lang Syne and just like that 18 tracks have whizzed by.

If you’re a fan of Menzel from any of her screen or stage work, then you’ll love this record. For me it’s stronger than Christmas Wishes and she really finds her groove. It’s nice to hear a festive album that’s more up than down tempo, and the originals work well with the covers. There are some inspired song choices that work with the album’s title and theme, even if they aren’t strictly speaking Christmas songs. Menzel is a true legend and to be honest it’s a joy just to hear her incredible voice.