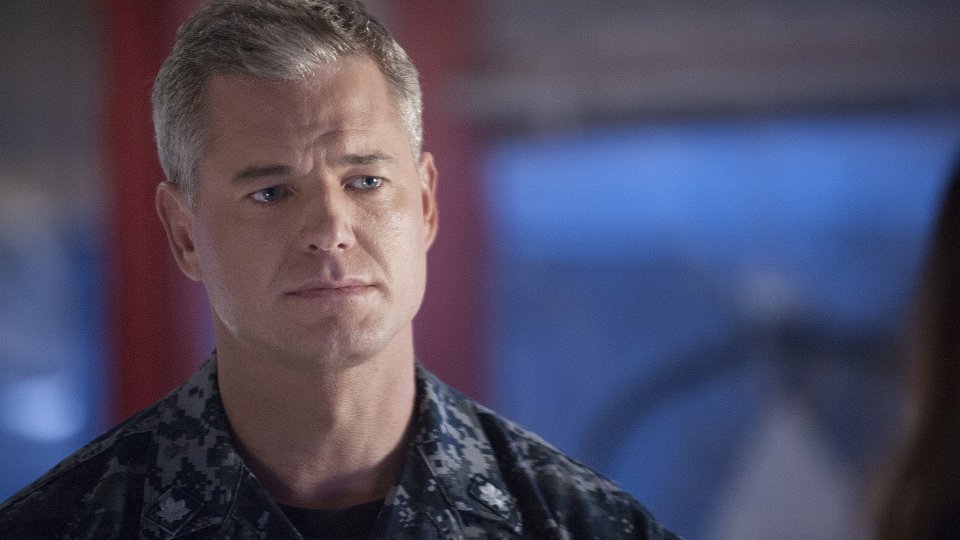 The crew of the Nathan James finally scored a couple of wins against the Immunes on the latest episode of The Last Ship.

Chandler (Eric Dane), Burk (Jocko Sims) and Bivas (Inbar Lavi) infiltrated the Immunes camp and realised that they had control of the President of the United States Jeff Michener (Mark Moses). They created a scenario that got Chandler closer to POTUS and they kidnapped him to free him from the Immunes and stop them trying to control the world.

Elsewhere in the episode Tex (John Pyper-Ferguson) and Green (Travis Van Winkle) found Niels (Ebon Moss-Bacharach) and discovered that Ned (Nick Court) and Sean (Brian F. O’Byrne) were using him to manufacture the virus. After an intense shootout they kidnapped Niels and took him back to the Nathan James. Dr Scott (Rhona Mitra) continued trying to perfect her powder version of the cure but only had some success in her efforts.

The next episode of the season is Safe Zone. Trying to piece together Dr Hunter’s lost formula, Rachel grapples with the fact Niels, her sworn enemy, is on board Nathan James while Chandler works to gain intel and reverse the brainwashing Michener suffered at the hands of the Ramseys.

The Last Ship airs tonight at 8pm on Sky 1 HD. Preview the episode with our gallery below: