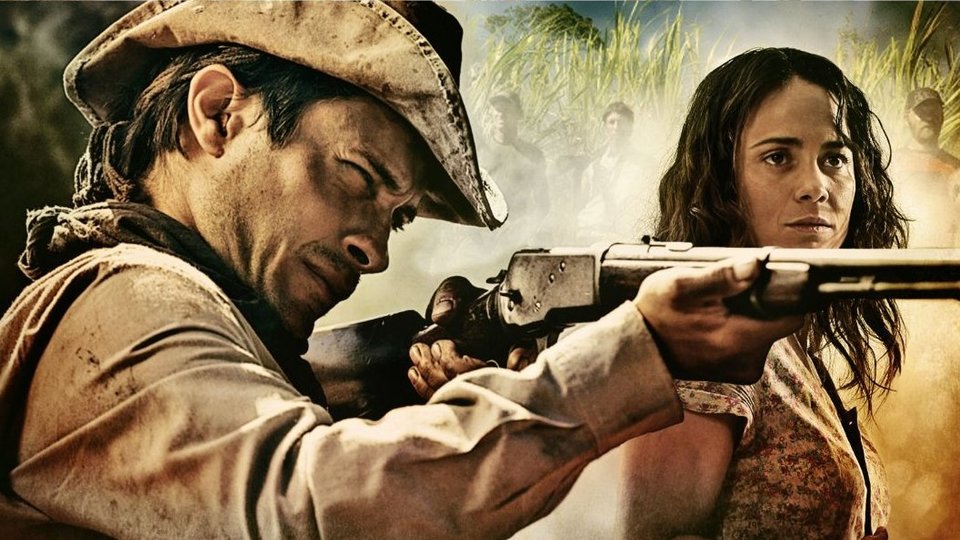 Arrow Films, the distributor of The Voices and Good Kill are pleased to announce the home entertainment release of the acclaimed Argentinean thriller The Burning, this ‘Machete Western’ which premiered in Official Selection at the 2014 Cannes Film Festival, has arrived on Blu-ray and DVD now.

Honing the spirit of Sergio Leone and echoing shades of Rambo First Blood, Argentinean director Pablo Fendrik’s slow-building thriller is essential viewing for all fans of world cinema. Gael Garcia Bernal (Babel, The Motorcycle Diaries) joins forces with Alice Braga (I Am Legend, Elysium) in this tale of unfolding revenge.

Kai (Garcia Bernal), a mysterious and mystical figure, emerges from the Argentinean rainforest to rescue Vania (Braga), who has been kidnapped by mercenaries. Together they face off against the men who have ruthlessly murdered Vania’s father, a poor farmer, and taken over his land.

Part love story, part western, Fendrik turns this latter genre on its head as so-called civilisation becomes a destructive force over both the rich jungle setting and the communities living within it.

To be in with a chance of winning one of 3 copies of The Burning on DVD, simply answer the question below.

In this article:Competition, Gael Garcia Bernal, The Burning