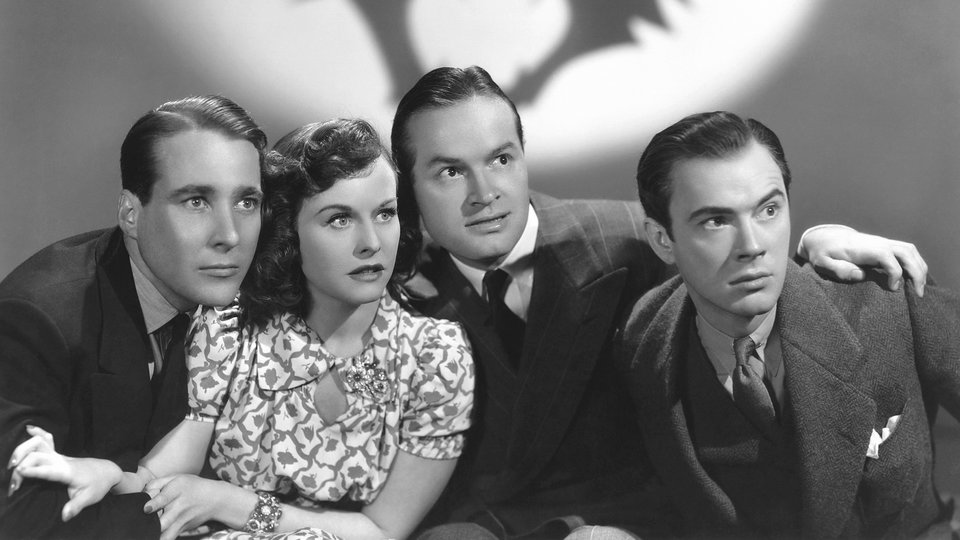 This new DVD release has just one hope. Bob Hope. In The Cat and the Canary (out now on DVD from Fabulous Films) he built a career out of the persona of the fussy, fast-talking lothario – and the blowhard who crumbles at the first sight of trouble.

Ten years have passed since the death of millionaire Cyrus Norman, his attorney gathers his six remaining relatives in his old mansion in the swamps of Louisiana to read the will. As the local prison guard warns that “The Cat” a homicidal maniac has escaped and could appear at any minute. a night filled with murders, mysteries and intrigue develops.

Bob Hope has 5 honorary Oscars but was never nominated. All in all, he was awarded over two thousand honours and awards, including 54 honorary doctorates. In 1963 JFK awarded him the Congressional Gold Medal for service to his country. Despite the fact that he was English. Then the House of Representatives announced his death when he was alive and well.

If you think remakes are a modern phenomenon, then think again. This classic film from 1939 was a remake of a film made just 12 years earlier.

The Cat and the Canary’s leading lady Paulette Goddard was the wife of Charlie Chaplin. Paulette was one of the many actresses tested for the part of Scarlett O’Hara in Gone with the Wind (1939), but she lost the part to Vivien Leigh and instead appeared in The Cat and the Canary. Her performance won her a ten-year contract with Paramount Studios. Goddard left more than $20 million to New York University on her death. They spent most of it on beer pong.

To be in with a chance of winning one of 3 copies of The Cat and the Canary on DVD, simply answer the question below.

In this article:Bob Hope, Competition, The Cat and the Canary