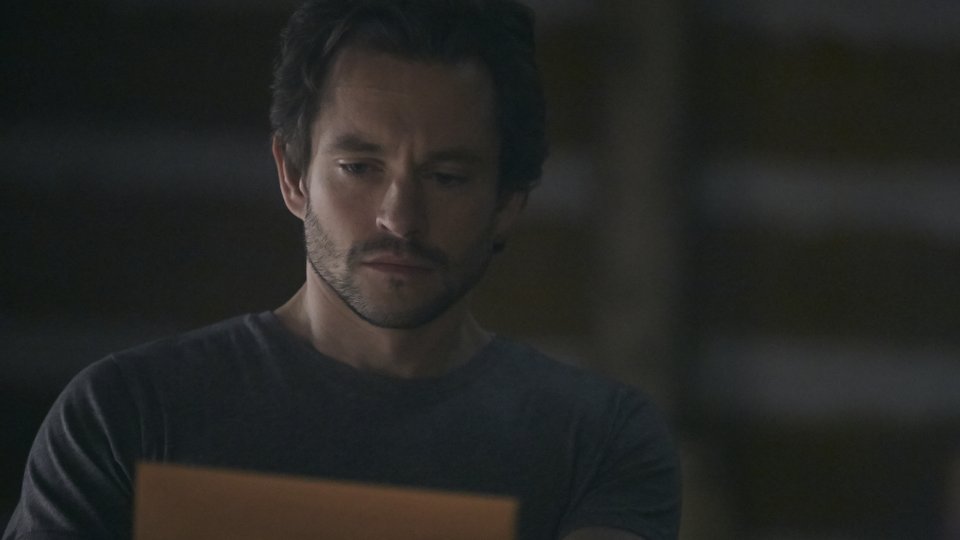 He caught up with the killer known as ‘the Tooth Fairy’ at a museum where Francis was eating the original painting of The Great Red Dragon and the Woman Clothed in Sun. A scuffle ensued and Francis managed to escape but not before Will saw his face.

Elsewhere in the episode Will met with Bedelia (Gillian Anderson) to talk about her time on the run with Hannibal. We learned what really happened with the patient she killed years earlier and it seems she may not be much better than Hannibal.

The next episode of the season is …And the Beast From the Sea. With a full moon approaching, Jack and Will are certain that Francis Dolarhyde will strike again but they lack a solid lead; Alana gives Hannibal a chance for redemption.

Hannibal continues tonight at 10pm on Sky Living HD. Preview the episode with our gallery below: