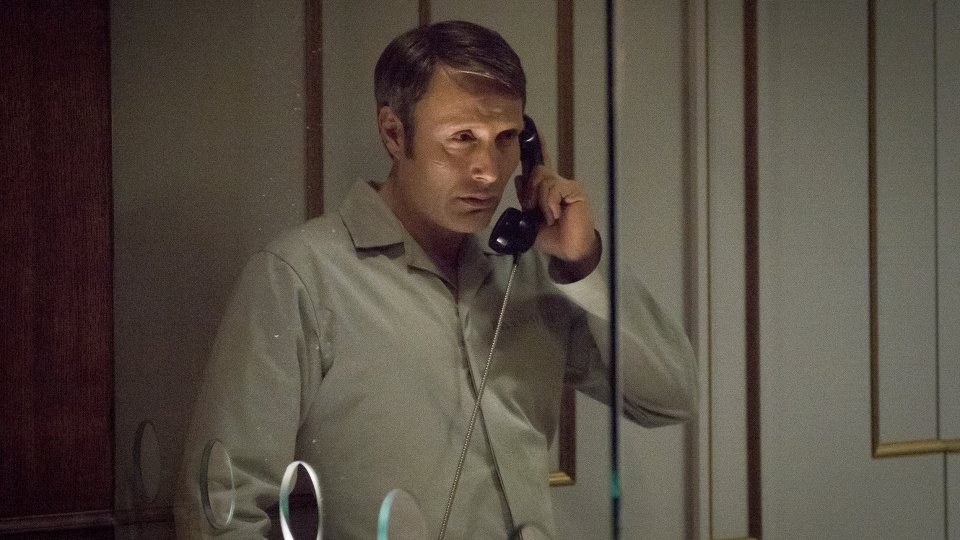 Francis Dolarhyde (Richard Armitage) had his boundaries tested on the latest episode of Hannibal.

Getting to know you

For the most part Dolarhyde and Reba McClane (Rutina Wesley) continued to get to know each other this week. After showing Dolarhyde’s call to Hannibal (Mads Mikkelsen), which we got a glimpse of in the last episode, Dolarhyde took Reba to the zoo so she could feel and touch a sedated lion. The experience moved her and she ran her hands over the animal, Dolarhyde struggled not to go into a panic. He took her back to his home and Reba was very forward initiating sex between the two. Dolarhyde looked like he was going to panic but instead he gave in to his urges and the two had sex. When he woke up Reba wasn’t in bed and he ran to the room with the painting in. He believed he was supposed to kill Reba as his next victim but he managed to fight the voices and took her home unharmed.

Will Graham (Hugh Dancy) visited Bedelia (Gillian Anderson) whilst she was giving a lecture. After the lecture, Will and Bedelia had a one-on-one where he quizzed her briefly about her time in Florence as Hannibal’s unwilling accomplice. Bedelia asked Will if he thought he could save Dolarhyde after he’d failed to save Hannibal.

During their conversations Bedelia recalled a session with former patient Neal Frank (Zachary Quinto) where he complained about Hannibal and admitted that he believed his paranoia had worsened because of him. She then recalled a second session where Neal was furious that Bedelia hadn’t listened to his complaints about Hannibal. As he accused Bedelia of being as twisted as Hannibal, Frank flew into rage and began to choke on his own tongue. Bedelia forced her arm down his throat suffocating him and after removing her arm she lay on the floor.

A plan comes together

Hannibal received a call in his cell from his lawyer. After the call he asked the operator to dial the number of Chilton’s (Raul Esparza) office. Posing as a publishing executive, Hannibal manipulated the person on the other end of the phone and got Will’s address from her.

As the episode drew to a close Dolarhyde went to a museum exhibition that held the original copy of The Great Red Ragon and the Woman Clothed in Sun. He proceeded to eat it believing that it will cure his ‘dragon’ urges. As he finished and went to exit the museum, Will arrived and the two saw one another. Dolarhyde tried to escape in an elevator. Will tried to get in but Dolarhyde pushed him out and made his escape.

Hannibal continues Wednesdays at 10pm on Sky Living HD. Preview the next episode …And the Beast From The Sea below: