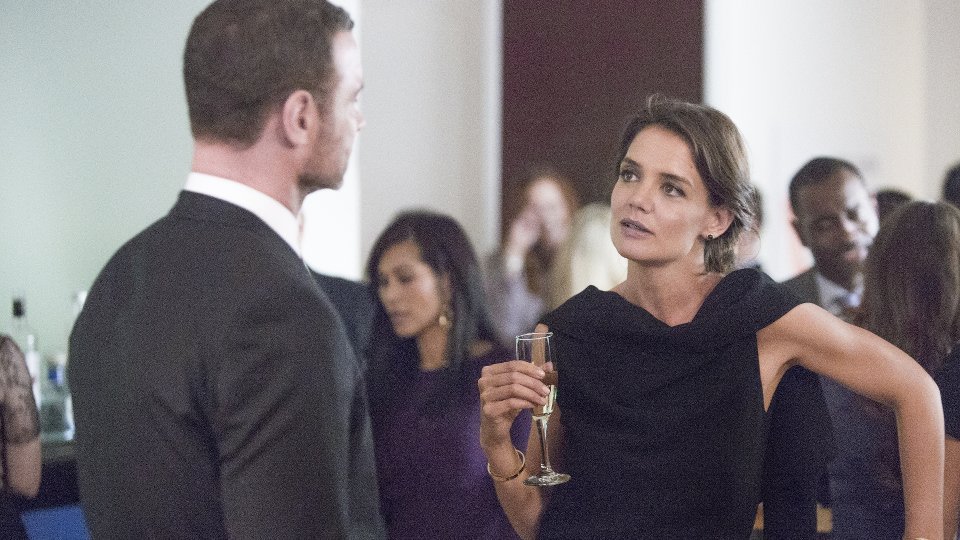 Ray (Liev Schreiber) found himself even more caught between Paige (Katie Holmes) and her father Andrew (Ian McShane) on the latest episode of Ray Donovan.

After being tasked with retrieving a phone that had incriminating evidence against Governor Verona (Skipp Sudduth) on, Ray tracked down a university student who had possession of the phone. Once it was in his possession, Ray listened to the voicemails and discovered that Paige had been having a fling with the Governor. Rather than turn it over to her father, Ray spoke to Paige about it and she explained that her father would use it against her if it fell into his hands. For his silence Paige agreed to give Ray a stake in her NFL plan. Paige also made a move on Ray kissing him in a car park.

Elsewhere in the episode Terry (Eddie Marsan) stepped in when Bunchy (Dash Mihok) was oblivious to being taken advantage of, Abby (Paula Malcomson) returned home from Boston after a desperate call from Bridget (Kerris Dorsey), and Conor (Devon Bagby) spent the day with Mickey (Jon Voight) opening his eyes to sex and drugs.

The next episode of the season is Swing Vote. Ray must ensure Verona’s Election Day victory to protect his NFL interests.