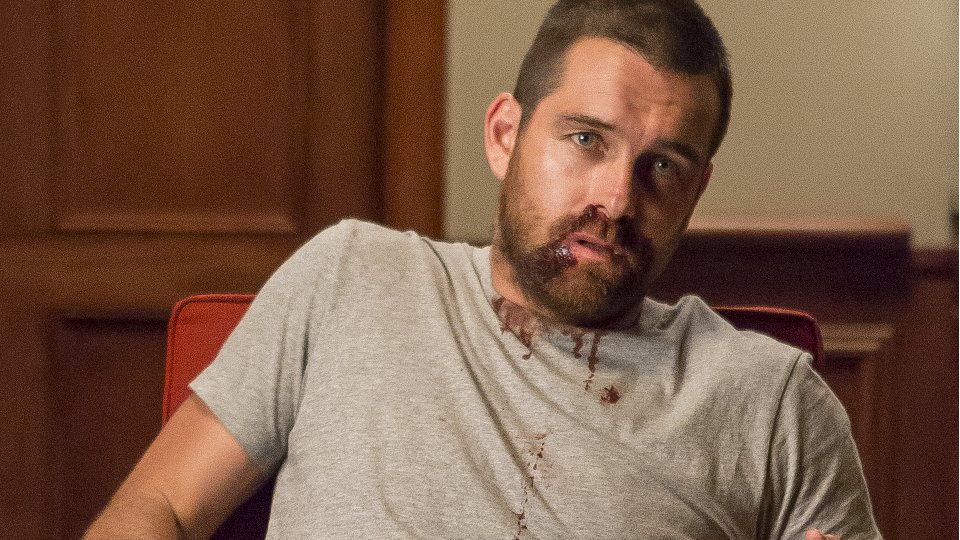 Banshee ended on a pretty epic cliffhanger when its third season came to an end in the UK last week.

If you haven’t seen season 3 of Banshee and want to avoid spoilers we suggest you stop reading now. If you have seen it and want to hear our thoughts on the next season then keep reading.

In the season 3 finale Hood (Antony Starr) went up against Colonel Stowe (Langley Kirkwood) after he kidnapped Carrie (Ivana Milicevic), Job (Hoon Lee) and Sugar (Frankie Faison). Aided by Gordon (Rus Blackwell), Hood stormed Camp Genoa and claimed victory over Stowe but not without a big cost. Firstly Gordon was killed and secondly Job was kidnapped (again!) and taken away in a helicopter. The whole mess resulted in a despondent Hood quitting his job as Banshee’s sheriff.

Elsewhere in the season finale Proctor (Ulrich Thomsen) forgave Rebecca (Lili Simmons) and took down Frazier (Ron C. Jones) and his men in pretty spectacular fashion. Banshee’s newest deputy Bunker (Tom Pelphrey) was attacked by his brother and his former neo-Nazi friends, and in one harrowing scene we saw his tattoos being burned from his body.

Banshee’s fourth season, due to air in 2016, is shortened to only 8 episodes instead of the usual 10 and it was recently confirmed it will be the show’s last. Details of the final season are being kept tightly under wraps but we do know that Eliza Dushku will be joining the cast as FBI agent Veronica Dawson who will team up with Hood to hunt down a killer.

Other castings that have been confirmed include Ana Ayora as new Banshee deputy Nina Cruz who is working for Proctor and Casey LaBow as Bunker’s brother Calvin’s (Chris Coy) wife. It has also been confirmed that Coy and Matthew Rauch who plays Burton, have been upped to series regulars for the season.

1. Hood to finally take Proctor down. It’s been four years coming and he’s come close on more than one occasion but the final season has to end with an epic battle between Hood and Proctor. Brock (Matt Servitto) would likely get involved too as he has his own score to settle with Proctor.

2. Hood and Carrie to reunite. Now that both Siobhan (Trieste Kelly Dunn) and Gordon are dead, the path is clear for Hood and Carrie to reunite once and for all. It’s clear that they have a lot of love for each other still and it’s time that Hood got closer with his daughter Deva (Ryann Shane). We doubt a happy ending is in sight for Hood but if it is then this is what we’d like to see.

3. Job to be saved. We can’t imagine Banshee killing Job off but then having said that the show doesn’t always do what you expect. We’re hoping that Hood tracks Job down and makes his kidnappers pay!

4. Rebecca to break away from Proctor. In season 3 she proved herself to be a shrewd businesswoman and we quite liked the little partnership she had going with Burton by the end of the season. She got caught out last time she tried to betray her uncle but we’re guessing she still has a fair bit of anger over the way he repeatedly humiliated her. Could she take over the family business?

5. Bunker to get revenge. Without a doubt Bunker was one of our favourite characters in season 3. The tortured character will be out for blood after being attacked and we hope that his injuries are superficial rather than life threatening. We’re expecting him to completely lose his cool and prove that revenge really is a dish best served cold.

6. Burton’s full backstory. We only got part of it last season and that scene with Rebecca was a bit of a shocker wasn’t it? With his increased presence in the final season we want to find out even more about how he turned into the ruthless killer he is now.

7. Plenty more Sugar. We loved how Sugar had a meatier role in season 3 and the friendship he struck up with Job was pretty amusing. There’s even more to Sugar than we know so we want him utilised to the max in the next season.

8. Dalton (David Harbour) to appear in the present. We’ve only seen him in flashbacks and his identity was only revealed in the season 3 finale. It feels like the show is gearing up to introduce Dalton, who was Hood and Job’s former employer, and both Hood and Job have scores to settle after Dalton tried to get them to kill one another.

9. Plenty of jaw-dropping action. That car fight sequence from season 3 was one of the most mind-blowing things we’ve ever seen on television. Banshee always ups the ante and never shies away from delivering some truly epic stunts and fight scenes. We want them cranked up even more for the final season.

10. Not too many new characters. With only 8 episodes to go we want the show to give us a satisfactory conclusion rather than devoting screen time to new characters we simply don’t care about.

Banshee is set to return for its fourth and final season in 2016.