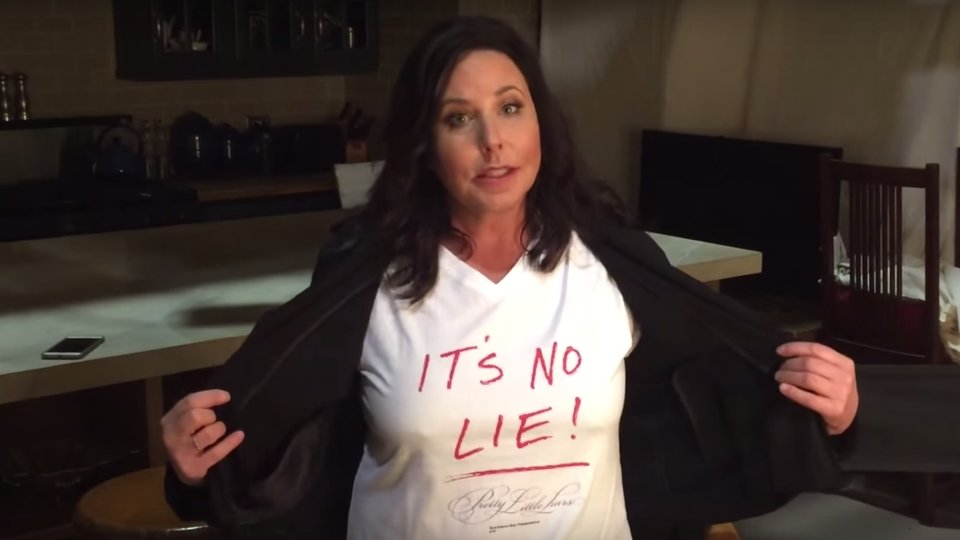 Pretty Little Liars fans have been voicing their concern on social media that they don’t believe the identity of A will be revealed on the upcoming summer finale of the show.

Show creator I. Marlene King, along with the PLL cast, have taken to social media to assure fans that everything will be revealed in this week’s episode. Using the hashtag #ItsNoLie, King has recorded a video to try and put fan’s minds at rest.

The PLL cast have also recorded a video showing them holding up various words, which shown in sequence confirm what King has promised. PLL fans have been promised answers before and with the show in its sixth season now, some fans are getting very frustrated that the much-promised #SummerOfAnswers hasn’t really delivered any answers.

The summer finale claims that it will reveal the identities of A / Charles, Red Coat and Black Widow. It is supposed to wrap up the original storyline from the show before taking a break and returning in 2016 after a time jump of 5 years.

Watch the two videos below to see King and the PLL cast reassure fans that all will be revealed:

Pretty Little Liars airs its summer finale at 8/7c Tuesday on ABC Family in the US and Wednesday on Netflix in the UK.