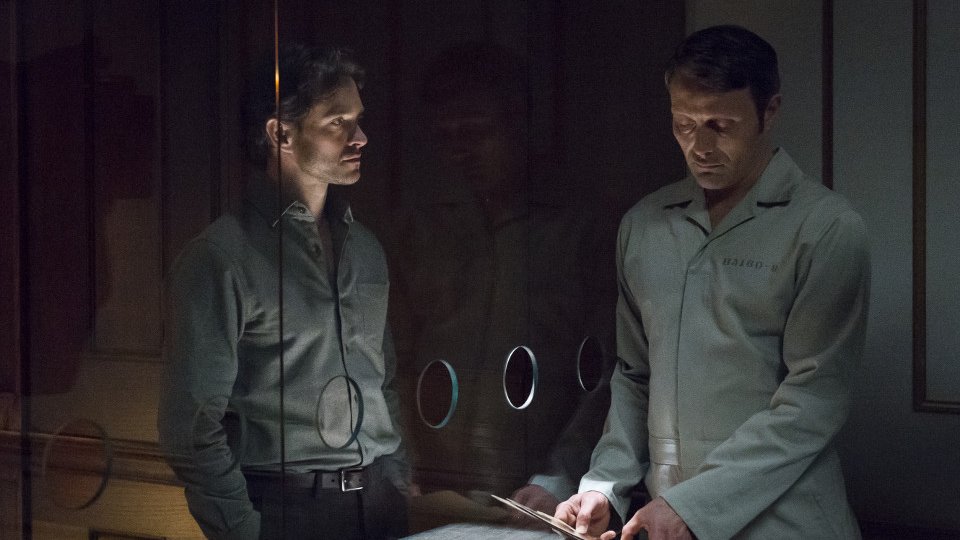 There are only 4 episodes of Hannibal left, possibly ever, as the third season of the show hurtles towards its climax.

In the latest episode Francis Dolarhyde (Richard Armitage) made contact with Hannibal (Mads Mikkelsen) after meeting potential love interest Reba McClane (Rutina Wesley), a blind lab assistant. We finally heard Francis speak and it’s very chilling how he can function as normal in public but is very disturbed behind closed doors.

Elsewhere in the episode it was revealed that Alana (Caroline Dhavernas) was still with Margot (Katharine Isabelle) and the two now had a baby, we saw flashbacks to Hannibal’s manipulation of Abigail (Kacey Rohl), and Will wasn’t happy to see reporter Freddy Lounds (Lara Jean Chorostecki).

The next episode of the season is And the Woman Clothed in Sun… As Will feels his bond with Hannibal growing uncomfortably stronger, he seeks out Bedelia Du Maurier’s advice.