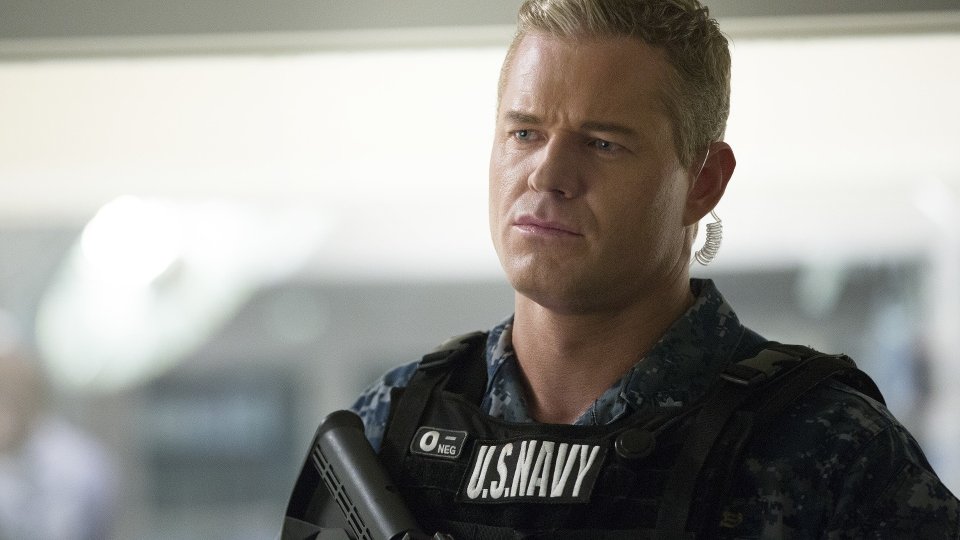 The latest episode of The Last Ship packed an emotional punch as the Nathan James crew returned to Norfolk to find their families.

Whilst there the crew made contact with several teams of Navy pilots, SEALs and U.S. Armed Forces. Dr Scott (Rhona Mitra) started to deliver and spread the cure she had developed whilst many of the crew reunited with, or came to terms with the loss of, their families.

Chandler (Eric Dane) found himself torn between his family and his duty.

Elsewhere in the episode Niels (Ebon Moss-Bachrach) surfaced in Florida where he infected and killed a small group of people. He joined a group of naturally immune survivors that bordered on the wrong side of crazy cult.

The next episode of the season is Solace. Chandler sees the chance to add another ship to his fleet when the USNS Solace sails out to sea to wait for Dr Scott’s cure.