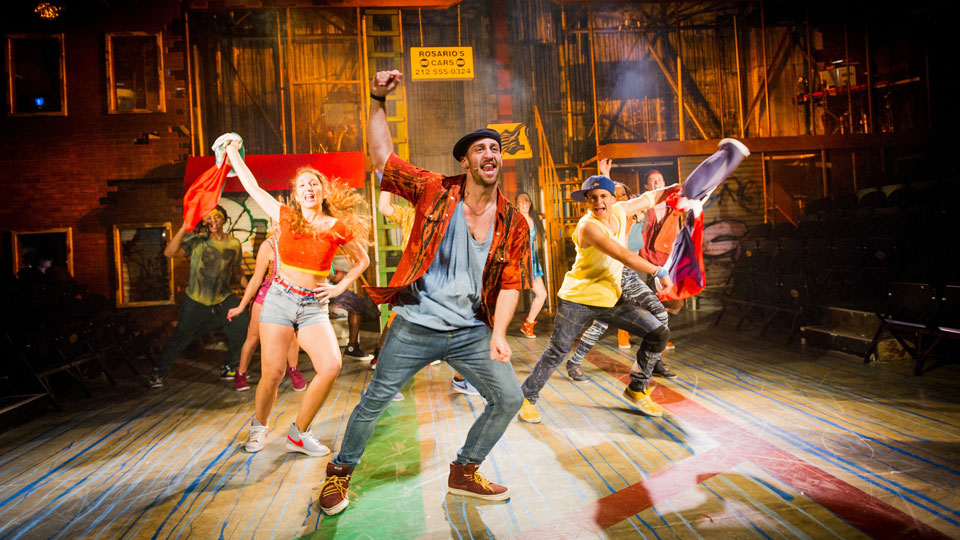 Tony Award-winning Broadway musical In The Heights will return to London this year following a critically acclaimed sell-out UK premiere at Southwark Playhouse in 2014. The production will transfer to King’s Cross Theatre on 3rd October 2015 and is booking for a strictly limited four week period until 1st November 2015.

In The Heights opened at Broadway’s Richard Rodgers Theatre in 2008 where it was nominated for thirteen Tony Awards, winning four for Best Musical, Best Original Score, Best Choreography and Best Orchestrations. It also won the 2009 Grammy Award for its Original Broadway Cast Album and was nominated for the 2009 Pulitzer Prize in Drama.

It is choreographed by Drew McOnie, who won the 2015 Off West End Award for Best Choreography for his work on In The Heights at Southwark Playhouse. Recent credits include Bugsy Malone (Lyric Hammersmith), Oklahoma! (UK Tour), Chicago (Curve Theatre, Leicester) and Drunk (Bridewell Theatre). Drew is also the Artistic Director of The McOnie Company and an Associate Artist at The Old Vic, for which he is currently creating a new dance-thriller version of Jekyll and Hyde.

Luke Sheppard said, “We were overwhelmed by the response at Southwark and it’s a real privilege to be able to revisit this extraordinary musical. We’ve thought long and hard about the right way to bring the show back to London whilst keeping the experience up close and personal, and this is a brilliant space for us to take over and immerse our audience in the sounds and sweat of this passion-infused piece”.

Casting to be announced. Read our review of the original production.