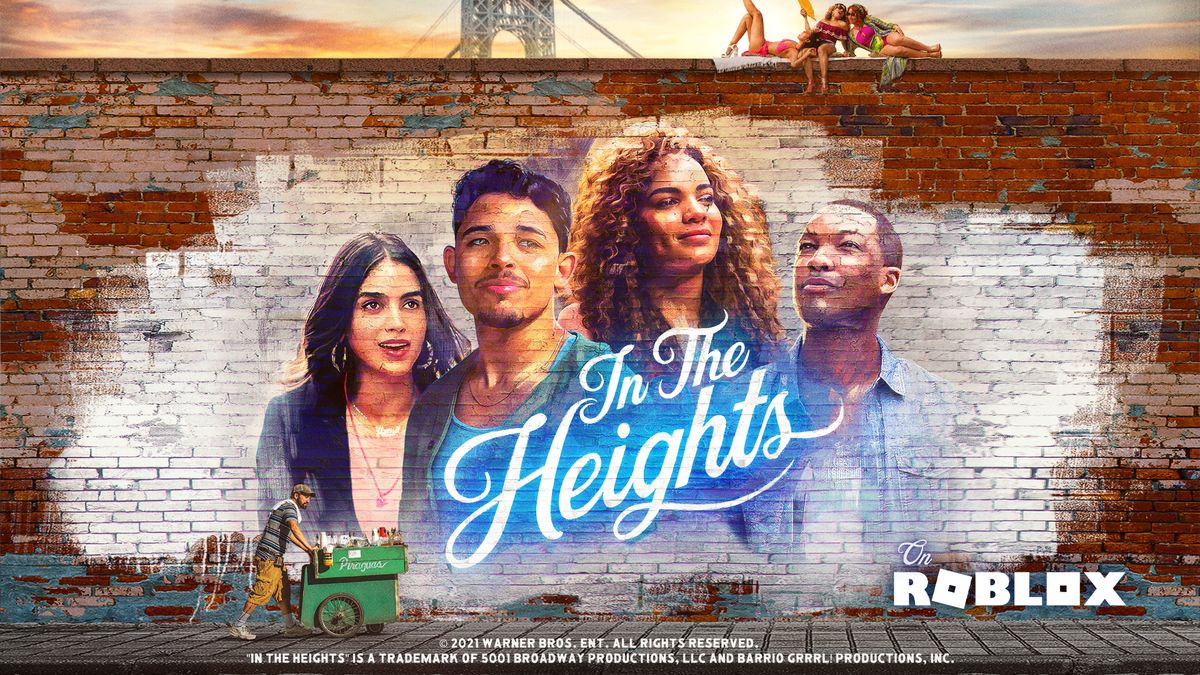 More and more companies are using the massive reach of the Roblox platform to promote pretty much anything you can imagine. The platform is unique as players can actually have an experience with the promotional material rather than simply watching a trailer. Warner Bros are the next big company to take this step and are using Roblox to promote their new movie In the Heights.

In the Heights is adapted from the hit Broadway musical from the multi-talented Hamilton creator Lin-Manuel Miranda, and directed by visionary Jon M. Chu of Crazy Rich Asians. In the Heights follows the story of likeable, magnetic, Washington Heights bodega owner Usnavi, who saves every penny from his daily grind as he and his tight-knit community hope, imagine, and sing about a better life. Visitors to the virtual neighbourhood can hang out outside Usnavi’s corner store, contribute to murals, and watch behind-the-scenes videos and interviews, including a dance tutorial from the movie’s choreographer. In addition, visitors can collect in-experience virtual items directly inspired by the film through fun, interactive mini-games and scavenger hunts, and collect three exclusive metaverse emotes as well.

On 10th June starting at 10 a.m. PDT (and running on the hour throughout the day), the space will transform into the Lights Out Viewing Party where the cast will host a Q&A and share an exclusive clip ahead of the film’s premiere.

On 11th June starting at 10 a.m. PDT (and running on the hour throughout the day with the main event taking place at 6 p.m. PDT), visitors can participate in the Virtual Flash Mob, a special synchronized, choreographed dance performed together, just like in the movie.

“We are thrilled to bring the vibrancy and creativity of In the Heights to the metaverse, immersing the Roblox community in the music, art, and dance of the Latin American culture and Washington Heights neighborhood,” said Christina Wootton, Vice President of Brand Partnerships at Roblox. “In the Heights on Roblox is a great example of our deep partnership with Warner Bros. Pictures to create experiences that engage our collective audiences and bring millions of people together from all around the world where they can feel like they’re a part of the movie.”

If you want to take a visit head over to the official In the Heights Roblox page.

In this article:In the Heights, Roblox, Warner Bros. Interactive Entertainment